​Manchester City forward Raheem Sterling has admitted that his daughter Melody tries to tease him by chanting Liverpool songs to him at home.

The 25-year-old made the switch to City from Liverpool in a deal worth £49m back in 2015, and it's a move that isn't exactly fondly remembered by the Anfield faithful. 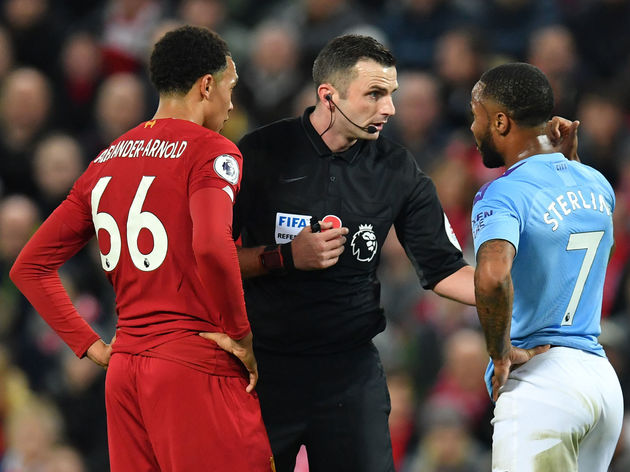 Speaking to AS, quoted by ​the Evening Standard, Sterling discussed his daughter's tendency to troll him about his former club:

She knows the rivalry between Liverpool and the team that I play for so she's always singing their songs and trying to wind me up but that's just her personality."

​Sterling - a father of three - also added that his children are his way of escaping football, when things get tough on the field.

"Football takes up a lot of your life but at the end of the day when things get rough or tough that is what makes you happy.

"Seeing your kids is possibly the most important part of your day. They take away everything else that’s going on outside and you can block that out, so when I go home, everything seems perfect."

Sterling has developed into a key player in Manchester City's squad, registering 17 goals and 10 assists in the 2018/19 Premier League season, as well as winning the PFA Young Player of the Year award. However, after winning the league at the death last season with 98 points, Manchester City have failed to mount a serious defence of the title, with an almost-perfect ​Liverpool side looking set to win their first Premier League with a new points record - eclipsing City's 100 points tally in 2017/18.

The Reds sit 22 points clear of second-placed City at the top of the table with just 11 games to play, with Pep Guardiola's side enduring a difficult campaign, which has been further complicated after receiving a two-year ban from European football from UEFA, after being found guilty of breaching FFP rules.

Sterling has recently defended his club, claiming that ​they aren't treated with the same respect as rival clubs.

Manchester City travel to Madrid on Wednesday night for the first of two legs against European giants Real Madrid, in the Champions League round of 16, and will hope to bring a healthy scoreline back home for the second leg, in three weeks' time.