Los Blancos’ La Liga form has faltered recently, taking just one point from their last two fixtures - both against bottom half sides. On Saturday they suffered their first league defeat since October to Levante, appearing toothless up front and conceding a poor goal at the back. The result saw them surrender the top spot to bitter rivals Barcelona.

But domestic woes will be put to one side for this huge European fixture. You can be sure that Real won’t be underestimating Manchester City; they go into the clash weakened, with Gareth Bale still flirting with a sickness bug and Eden Hazard suffering repeat fractured fibula, having been hampered by injury since the very start of his stay in Madrid. Daniel Carvajal (RB) - Carvajal has held a monopoly on the right-back position ever since he was rested for Real’s defeat to Mallorca in October - their first of the season - when replacement Alvaro Odriozola was sent off. He’s started every game since, save for one he missed through suspension.

Sergio Ramos (CB) - You can bank on the skipper, a Real Madrid legend, making an appearance against Manchester City. After almost 15 years at the club, you can depend on an experienced player like Ramos to perform with the confidence and aggression required to give the Premier League champions a run for their money.

Raphaël Varane (CB) - Varane has been Ramos’ right-hand man for the latter half of the last decade, so you shouldn’t expect to see anyone else lining up in the back four. Between them they’ve only kept two clean sheets in the competition so far, both against eliminated Turkish side Galatasaray.

Ferland Mendy (LB) - The responsibility for left back has been shared with Marcelo this season, with the Brazilian held back by injuries to his neck and his calf. Now recovered, the Brazilian will look to re-establish himself in the team. However, Mendy was rested against Levante suggesting he will be starting against City on Wednesday. 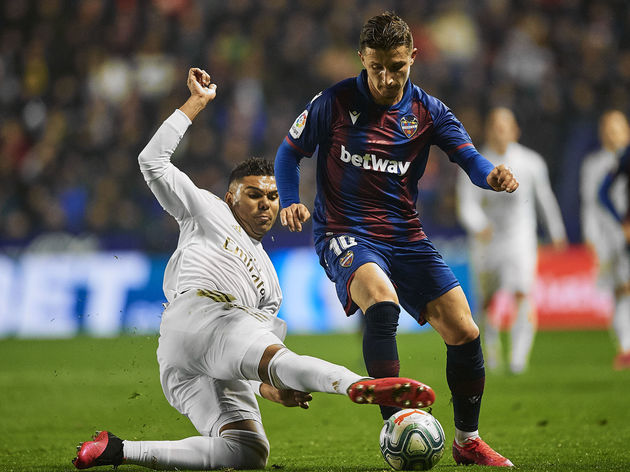 Casemiro (DM) - Nobody’s racked up more minutes for Real Madrid across all competitions than Casemiro. Fans and neutrals alike will be looking forward to seeing him battle Kevin de Bruyne.

Toni Kroos (CM) - Kroos’ jack-of-all-trades versatility has meant he deservedly retains his regular starting position this season. He’ll play a key role at both ends of the pitch, helping stem the threat from the Cityzens as well as creating chances for the visiting strikers. 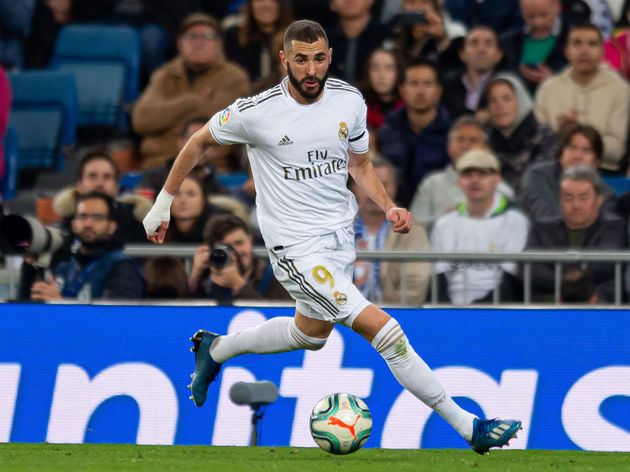 Isco (RW) - With Gareth Bale incapacitated, there’s no question of who will occupy the right wing for Los Merengues. A creative player with rapid acceleration, Isco could prove an important driving force on the flanks, and will certainly cause Benjamin Mendy problems with his quick feet.

Karim Benzema (ST) - In his 11th season with Real Madrid, Benzema is approaching his 500th appearance for the club. He has netted a staggering 240 goals for Los Blancos and lifted the 'Big Ears' four times with them. He’s showing no signs of stopping, having already bagged four in the competition this season - but can he beat Ederson?