​Manchester United youngster Mason Greenwood continues to showcase himself as one of the brightest English talents in the Premier League, with Sunday’s devastating finish against Watford already his 11th goal of the season in all competitions and fifth in the league alone.

Greenwood is the first Premier League teenager to reach five goals in a single campaign since Marcus Rashford got five in 11 games when he first burst onto the scene in 2015/16. 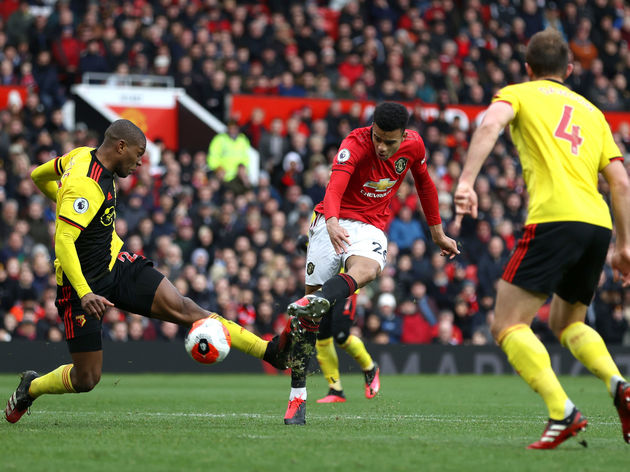 Greenwood has impressively done it with precious few starts to his name. The weekend’s 3-0 win at Old Trafford was just his third Premier League start of 2019/20. He had also netted on his previous league start against Newcastle on Boxing Day, while he generally improved United’s performance against Spurs on his first of the campaign back in early December.

The United starlet has scored a Premier League on average every 115 minutes this season, which actually a better minutes per goal return than Golden Boot race leaders Jamie Vardy (129) and Pierre-Emerick Aubameyang (130).

Just among United players, Rashford has averaged a Premier League goal every 134 minutes, while for Anthony Martial that number extends to a goal for approximately every 172 minutes.

What is striking about Greenwood, who is as comfortable with his left or right foot, is how natural his ability appears, as well as the maturity he shows for a player who only turned 18 in October. “He’s a young kid learning his trade. He is learning to play against men, but he’s always been a goalscorer and he’ll never lose that, because that is in the moment and the most difficult thing in football,” manager Ole Gunnar Solskjaer raved after the final whistle against Watford.

“He’s got it. You just know when he’s got chances, he’s going to create half a yard to get a finish and he’s going to hit the target and I’m very pleased with his performance.”

Whether a place in England’s Euro 2020 is just too soon is hard to say. But with both Harry Kane and a Rashford in a race to be fit in time for the tournament, Gareth Southgate may need to look elsewhere, and who better than a deadeye teenage wildcard?