​Barcelona have finally been given permission to sign a new forward to replace the injured Ousmane Dembélé.

The Frenchman underwent surgery on a torn hamstring and is expected to miss close to six months of action, while striker Luis Suárez is also sidelined with a knee injury, so Barça have applied to the RFEF for special permission to sign a replacement outside of the transfer window. Now, Mundo Deportivo state that the RFEF have granted Barcelona permission to bring in a new striker, so La Blaugrana now have 15 days to find a new forward.

They are allowed to sign someone from another Spanish side or a player who is currently without a club.

Getafe's Ángel Rodríguez, Alavés' Lucas Pérez and Real Betis' Loren Morón have all been suggested, but MD believe that Leganés striker Martin Braithwaite is the most likely candidate to arrive at Camp Nou in the coming weeks. 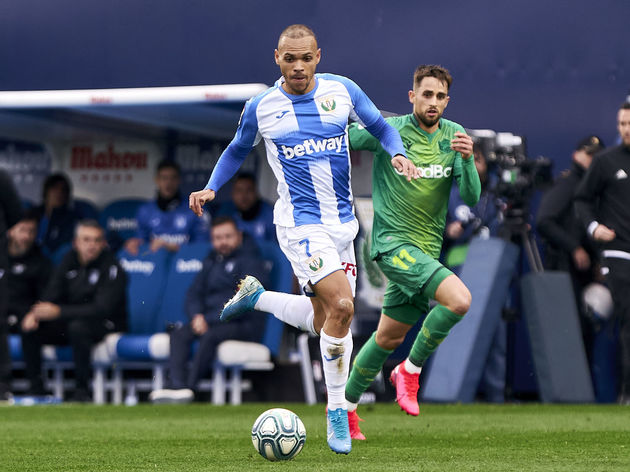 The club have long been linked with pretty much every striker in Spain, but director Guillermo Amor confirmed (via ​Sport) that there was a delay in gaining permission from the RFEF.

Before the ruling, he said: "A lot has been said but we still don't have the green light from the RFEF to sign. We've still not received anything official. If we do, the club will take the decision that has to be taken.

"First we have to see if we get authorisation. What's clear is that the club have been working on this a lot. We work hard every day, analysing and improving and, when the moment comes, we will do what's best for the club. That's not in doubt." A possible reason for the delay could have been ​La Lig​a's uncertainty over Dembélé's injury. It was suggested that league officials were not convinced the winger will miss six months of action, so they were working closely with a specialist team to try and determine whether such a layoff would actually make sense.

​Dembélé needed to be sidelined for at least five months for ​Barcelona to be granted permission to sign a replacement, and it appears as though they have been successful.

It is thought that ​Barcelona have two separate shortlists when it comes to strikers. They are looking for a big signing in the summer to offer genuine competition for ​Suárez, but in the meantime, they are searching for a backup option like Braithwaite to offer a short-term fix.