Leagues
Fixtures
Transfers
Buzz
Champions
WorldNews
Lists
Next Article
QUIZ: Can You Identify These Premier League Players From the 1999/2000 Season?

​Another game is over, and another point has slipped through the fingers of Aston Villa.

From leading the tie, to coming from behind to level the scores, the Villans somehow managed to throw away their share of the spoils with an inexplicable lapse of concentration in the dying minutes.

But that has become the norm for the newly-promoted side.

Bjorn Engels, the man brought in to replace the unavailable Tyrone Mings, went from zero to hero, to the undisputed villain in the space of an hour, as he gift-wrapped the three points for his fortunate opponents. 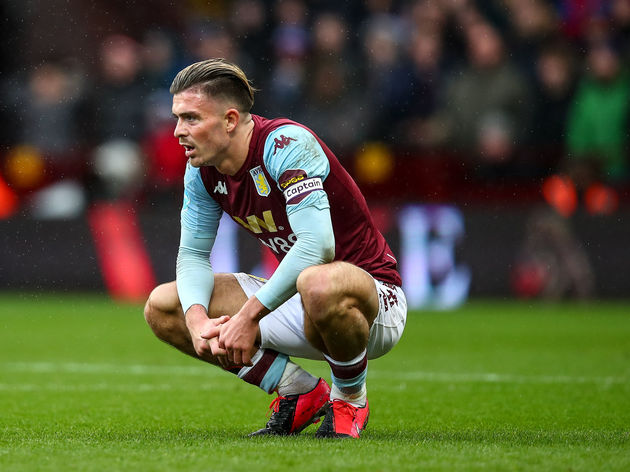 The 25-year-old needlessly conceded a penalty in the first half, made amends by scoring the equaliser in the second, and then mis-controlled a ball to give Son Heung-min the simple task of clinching the victory for ​Tottenham Hotspur in the dying seconds.

The silence around Villa Park was eerie. The home crowd knew exactly what this result meant to Dean Smith's side, and just how damaging it may be psychologically for the rest of the season. Defeat leaves Villa one point above the bottom three, and the three goals conceded presents the Villans with the unwanted record of the worst defence in the division.

Conceding 50 goals in 26 matches tells its own story of the midlands club's struggles in the Premier League this season, and despite all of the money spent in the summer and the following January, Smith is still failing to find a balance in his side.

Saying that, Sunday's defeat to Spurs was arguably one of the hosts' best performances this year. Villa were courageous and bold in possession, playing out from the back - sometimes too intricately - and they pressed aggressively from the front.

Jack Grealish - undoubtedly one of the best players in the division - was outstanding yet again, and he caused all sorts of problems along with fellow forwards Anwar El-Ghazi and Chelsea It was unfortunate, but not one defender was alive to the possibility that the ball could drop in the six-yard box, and that lack of forward thinking will forever be punished at this level.

We now arrive at the Bjorn Engels experience, and the man introduced to cover for the ill Mings had huge boots to fill. Engels had looked relatively sturdy during the first half, and Villa's star defender was not being greatly missed.

The Belgian centre-back also did excellently to block a Steven Bergwijn shot without using his arms, but that positive note was quickly forgotten when he put in a reckless challenge on the pacy Dutch forward in the penalty area. Engels had seemingly got away with it, until pesky VAR intervened and confirmed that it was, in fact, a ridiculous challenge. A moment of madness, maybe. But rash decisions and mistakes have plagued Villa's season thus far.

And if that point needed labouring any further, Engels one-upped himself with the penultimate kick of the game, and with the match petering out into a draw, the centre-back allowed a simple ball to roll under his foot, and as mentioned before - those mistakes go punished in the Premier League.

The desolation was there for everyone to see at the final whistle, and an inconsolable Engels won't need to be told what a careless and costly error that may prove to be in the long run.

Villa's forward players look to be finally gelling and to devastating effect, but time is ticking for their backline to catch up and help cement their place in the Premier League.