West Ham have been knocked out of the FA Cup after a shock 1-0 home defeat to West Brom at the London Stadium, but it was safe passage through to the fifth round for​ Leicester,

Son Heung-min looked to have delivered a killer blow to ​Southampton as his angled drive handed ​Tottenham the advantage midway through their meeting at St Mary's.

Saints controlled much of the play on the south coast, yet they were on course for just their second defeat in nine matches when Spurs' South Korean superstar fired 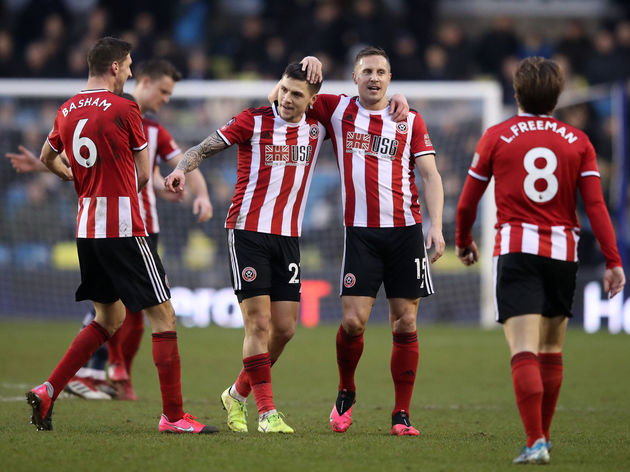 A superb curling effort from Mo Besic helped ​Sheffield United survive their trip to The Den and continue their run in the FA Cup.

In a hotly-contested affair on the east side of London, the Bosnian broke the deadlock as he took advantage of a lapse in concentration from ​Millwall's backline.

Too focused on who Besic might pass to, the Lions forgot to press the man in possession. The midfielder proceeded to send a 20-yard shot into the bottom corner, sending the Blades on their way to a 2-0 win that was wrapped up by Oliver Norwood's late blast.

Into the next round of the FA Cup with a clean sheet and an assist✌ Now we focus on a big game on Tuesday⚽️ pic.twitter.com/HyEINCh3Dj

​Leicester's safe passage to the fifth round came courtesy of a fourth-minute goal from Kelechi Iheanacho that gave them a 1-0 triumph over ​Brentford, the Nigerian stretching to turn home a pinpoint James Justin cross.

Brendan Rodgers' recruits are joined by ​Norwich in the fifth round, with the Canaries hitting two quickfire goals to knock out fellow top-flight club ​Burnley.​Pr​emier League

Erik Pieters gave the Clarets hope as he reduced the arrears in the final quarter of the game, but the day would belong to Daniel Farke and his side.

An unbelievable way to open your Albion account 

Elsewhere, 10-man West Brom, despite making a number of changes, knocked out West Ham thanks to Conor Townsend's early goal at the London Stadium, while Portsmouth spanked Barnsley 4-2.

Newcastle United were held at St James' Park by Oxford United, and Reading will need a replay to decide the winner of their tie with Cardiff City.

Here's a full rundown of all of Saturday's games.