​Tranmere's stunning win against Watford in the FA Cup third round meant that they progressed through to take on Manchester United on Sunday.

Despite United's current woes, they should be too strong for Tranmere... right? Surely they can't face more humiliation against a team in 21st place in League 1? I mean, right now anything seems possible with the Red Devils. A loss against Tranmere would be startling but also pretty funny for anyone who isn't a fan of theirs (maybe even for United fans as well).

So how can Ole Gunnar Solskjaer's men get knocked out in the fourth round? Let's have a look at some totally possible and highly conceivable way in which they can. ​There has been some noise around the state of the pitch come Sunday, and rightly so. It looks terrible, and this may play into Tranmere's hands.

​United may set foot on the pitch and simply struggle to play. They might find it hard to string passes together and have many attempts at all on goal. Actually, never mind. Just sounds like a normal day in the office for a football team coached by Solskjaer. 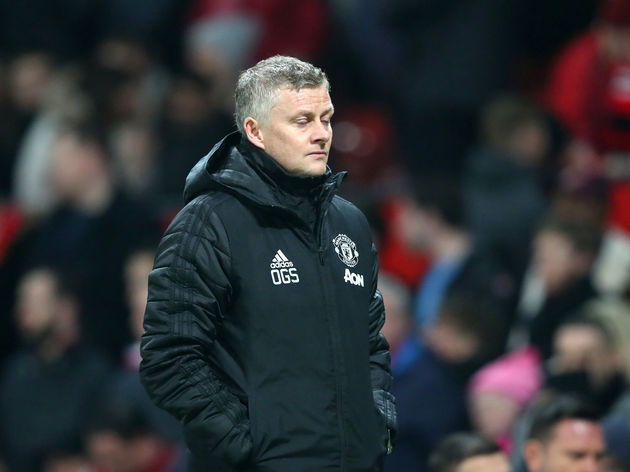 Look, we all know Solskjaer is a poor manager and is way out of his depth. However, some of the quotes he has been coming up with in recent weeks have been interesting.

What if just before the game is about to begin, he briefly speaks to give his views on the game and how his team is lining up and so forth. However, he suddenly decides to say something so unbelievable that his players freeze up into a state of shock?

Perhaps something along the lines of: "Well, the fact that Tranmere celebrated so much after beating Watford and have been excited for this match for a while shows just how far we have come."

Honestly, I can't even rule out him saying that.

United Field All the Kids More likely than the previous two, but still pretty unlikely. Solskjaer is going to want to go on a cup run to salvage this embarrassment of a season, so will take these types of game seriously. He's probably not going to win the FA Cup though, so ultimately it will be a waste of time. Sorry, Ole.

Both of United's Goalkeepers Are Sent Off Early On Sergio Romero is the cup keeper, so is likely to start. However, 10 minutes into the game, he is sent off for taking down a Tranmere player after he has gone round him. As a result, ​David de Gea comes on. A couple of minutes later, the Spaniard is sent off for the same thing.

United are down to nine men and now ​Harry Maguire has gone in goal in the hope that his head covers most of the goal. Actually you know what, that sounds like a pretty good idea. Someone get on the phone to Ole. Instead of conjuring up all these scenarios, maybe United will lose just because they are really bad.

Of course Tranmere aren't as good as Burnley, but they will undoubtedly up their game in front of the home faithful. If they can grab the first goal, then you just never know.