​It's no secret that Liverpool have been quite good at football this season.

The Reds find themselves a staggering 16 points clear of Pep Guardiola's Manchester City at the summit of the Premier League with a game in hand. It is now surely a question of when, not if, they will be crowned league champions.

Thursday's win at Wolves was a massive step towards the title. Amid their team of superstars, from Uefa Player of the Year Virgil van Dijk, to silky Brazilian Roberto Firmino, it was a lad from Sunderland who turned in a match winning display at Molineux.

Jordan Henderson was immense in the middle of the park, opening the scoring before setting up Firmino's late winner.

Jordan Henderson got himself a goal and an assist against Wolves tonight.

This is quite a turnaround from a player who Sir Alex Ferguson opted not to sign because he has a bit of a funny run.

In 2012, Brendan Rodgers was willing to let ​Henderson leave Liverpool for Fulham in exchange for Clint Dempsey.

His early years at Anfield were spent having his £20m transfer fee mocked by football fans, with the idea that he could fill the void that Steven Gerrard was inevitably going to leave considered laughable.

The transformation of Henderson has been remarkable, not only since signing for Liverpool back in 2011, but over the course of the last two years. 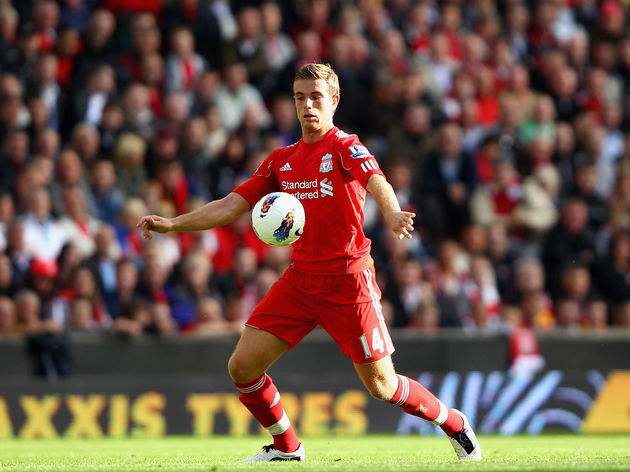 Henderson has gone from being simply one of Liverpool's many midfield options, to one of the most integral members of Jurgen Klopp's starting XI. Some feat given the esteemed company he finds himself in.

The vast improvement seen in Henderson is one of sheer hard work and determination. It is these qualities that instantly shine through when watching the former Sunderland midfielder play; his work rate, his desire and his drive to win every tackle.

The characteristics associated with playing with his heart on his sleeve have always been evident in Henderson's game, and have enabled him to thrive in Jurgen Klopp's all energy, high intensity pressing side.

Yet it is Henderson's technical ability that he is less renowned for that has really improved in the last two years. His range of passing is sublime. Playing slightly deeper against Wolves, he demonstrated his ability to do the short and simple, keeping Liverpool ticking over and dictating the tempo of the game. But he also has the long, probing, killer passes and the switches of play in his locker, which are so crucial to Liverpool's speed and efficiency on the counter attack.

Henderson has really shown off his passing range and dynamic energy since Klopp moved him from a number 6 to a more advanced number 8; giving him more licence to roam and demonstrate his all action style of play.

Late in the game at Molineux, with the pressure intensifying on Liverpool to not drop points, it was not Henderson's work rate or determination that proved decisive, but his attention to detail. The Liverpool skipper produced the perfectly weighted pass with his weaker foot to slide in Firmino for the winner as the Reds successfully avoided another hurdle in their quest to be crowned Premier League champions. This is arguably the biggest factor in Henderson's resurgence over the past two years; he has become a match winner. Henderson is not a match winner in the same way that Gerrard was, with his big goals in big games, but more in his ability to grab the game by the scruff of the neck and produce when his team need him most.

A few years ago, Henderson may have been less decisive in that situation on the edge of the box, dithering on the ball or picking the wrong option.

But now he exemplifies this Liverpool team; a well oiled, relentless, clinical machine. And it's no surprise that his vast improvement over the past two years has coincided with the most successful two years in Liverpool's recent history...