Klopp has long spoken about the need to lessen the physical burden on top players, some of whom – including Liverpool’s Sadio Mane – can reach 70 games in a single season including internationals. 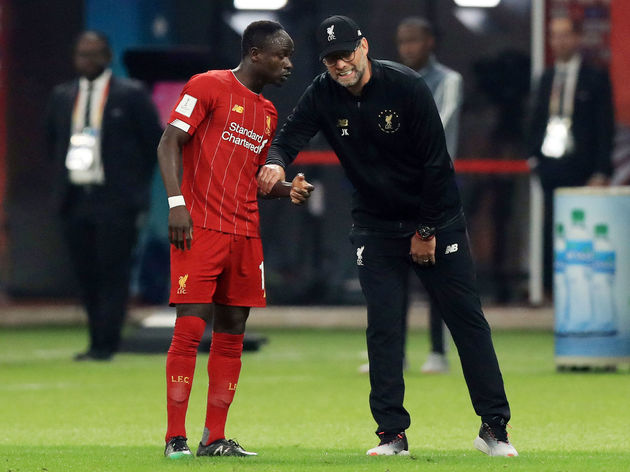 Liverpool have also already fallen victim to fixture congestion this season and had to field a youth team in the Carabao Cup quarter-finals because the game could not be rearranged and they were already committed to playing in the FIFA Club World Cup at the same time.

Replays in the event of a draw have already been scrapped in the FA Cup from the fifth round onwards, but Klopp wants to see the end of them at every stage.

“Replays in the FA Cup? Have a penalty shootout,” Klopp is quoted as saying by the Telegraph.

“The explanation against that is that the smaller teams have a chance to win the game. Then give them the home game in the first place. Go there, play there. If they beat us, ‘Congratulations. Go for it’. It’s just another game on television. But who watches these games?”

Bit controversial, but I’d get rid of replays in the FA Cup. 90 minutes only, no extra time, penalties if a draw. It’s a thing from a bygone age. Would give smaller teams a greater chance of going through. We’re the only country that has them. Just a thought.

Klopp’s overriding concern is that demands on players to play seem to be growing each year and he would rather accept less money to play a little less often and allow time for sufficient rest.

“I am not sure we have to (go to the Club World Cup) but we are all well paid and that’s how it is. We know that this money, someone has to earn it somewhere,” he added.

“I like the idea in general but then you have to cancel another tournament. You just cannot add on another tournament and another and another. That cannot work. Where is the year where there is no tournament? It’s just not there anymore for some players. You have the World Cup, the European Championships, the Club World Cup and the Copa America.”

As of 2021, the FIFA Club World Cup will be a summer tournament in June, which is thought to have been one of several reasons why the next Africa Cup of Nations that year has been moved back to January/February, so as not to clash.