Ole Gunnar Solskjaer has said Marcus Rashford will be out 'for weeks' with a back injury, as the talismanic forward prepares to miss out Sunday's clash with Liverpool.

The England forward has been enjoying a formidable season for United, but his cameo from the bench during Wednesday's ​FA Cup victory over Wolves was cut short when an apparent back injury forced him off prematurely. 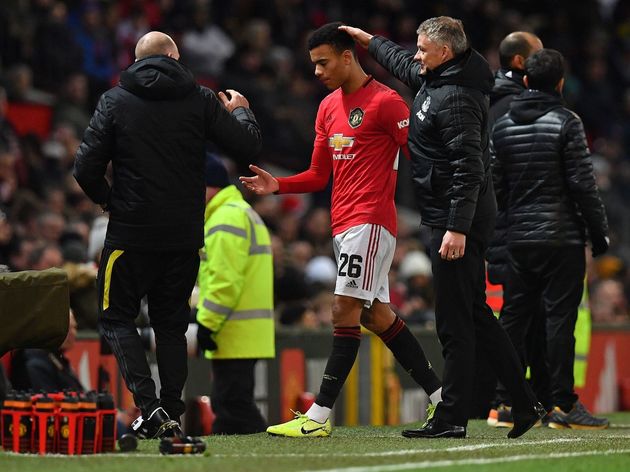 It sparked real concern for those of a ​United persuasion considering how important he has been for the team in recent months, with fans praying for an early return - some even hoping against hope that he could make the starting XI at Anfield.

He was left out of the squad altogether however, and Solskjaer has followed that up with the news that he will be out of action 'for weeks', according to Sky Sports' Geoff Shreeves.

OGS just told us the @MarcusRashford will be out for “for weeks” with back injury.

It's unclear exactly when we can expect to see ​Rashford back in the side, then, but with three games following the trip to Anfield in quick succession, it certainly seems like the league visit of Burnley and the domestic cup double header with either Tranmere or Watford and Manchester City will have to be contested in his absence.

The size of the blow is difficult to overstate, with Rashford currently in the midst of the best season of his career by a distance. The 22-year-old has overcome some criticism and enjoyed a resurgent run of form, netting 19 goals in 31 appearances in all competitions so far - including four in his last four in the league. His prolonged absence will mean the likes of Anthony Martial and Mason Greenwood will have to step up in the goalscoring stakes for the foreseeable, and pick up the slack for one of this season's best goalscorers.

United are no strangers to an injury issue this season, with their midfield ranks drastically depleted by the ongoing absences of Paul Pogba and Scott McTominay, while Eric Bailly nears a return to action after five months on the sidelines.