Bournemouth, Bristol Rovers, and Tottenham Hotspur. The answer to an as-yet undefined trivia question that spells the end of your pub quiz team's 100% record? Quite possibly.

On the face of it, those three teams don't seem to have too much in common. They all play their home games in the south of England and they all play something vaguely resembling football; that would seem to be it.

Well, that and none of the three are very good.

The assertion that none of them are too effective at the old football thing, in fact, ​is underlined by a record that unites our motley crew. Of the 91 teams in England's top four divisions, 88 have scored a league goal in 2020 - leaving ​Spurs, Rovers and the Cherries as the only three yet to do so.

88 of the 91 Premier & Football League teams have scored at least one league goal in 2020. The three exceptions are Bournemouth, Bristol Rovers & Tottenham.

That's perhaps acceptable a week or so after the turn of the year, but lads, you've all played three games. We're more than halfway through the month. It's practically February.

In the case of ​Bournemouth and League One strugglers Rovers, it's perhaps to be expected. Eddie Howe's side, as we know, have been dragged by the hair out of their mid-table purgatory and find themselves firmly embedded in a tooth-and-nail relegation dog-fight. They ​lost to Norwich (yes, Norwich) at the weekend; the fact they're yet to score this year should not stun us. 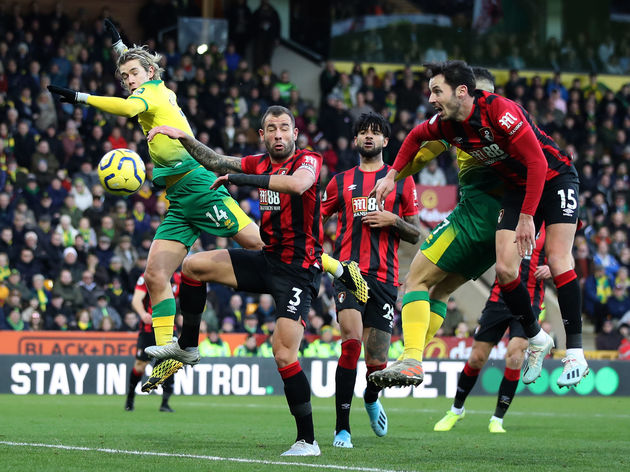 Rovers, meanwhile, have endured a similar tumble down the standings. They're not quite out of playoff contention just yet, but haven't won since December 14th and now sit 13th in the League One table.

But Tottenham, managed by one of the best ever, with a squad that just last season came within a rigid Liverpool performance of lifting the European Cup. What's happening?

It's not even as if they've had a particularly hard run. Liverpool at home is, of course, a write-off, and they actually played reasonably well in that one - but it came in between trips to two teams in the bottom six at kick-off, most recently playing out a ​stalemate at Watford.

Sure, they've lost their talisman in Harry Kane, but they're now eighth in the league and their hopes of Champions League football next season are sinking without a trace.

Bournemouth and Bristol Rovers, you need get it together too. But Tottenham - we thought better of you. Go sit in the corner and think about what you've done.