American wonderkids breaking through in the Premier League is a rarity, so it's no surprise that

​There's nothing quite like a hype train that follows a new American wonderkid, so all aboard as we look at seven things you need to know about

It's not quite the same father-son story that fans love to see at the highest level of the sport, but 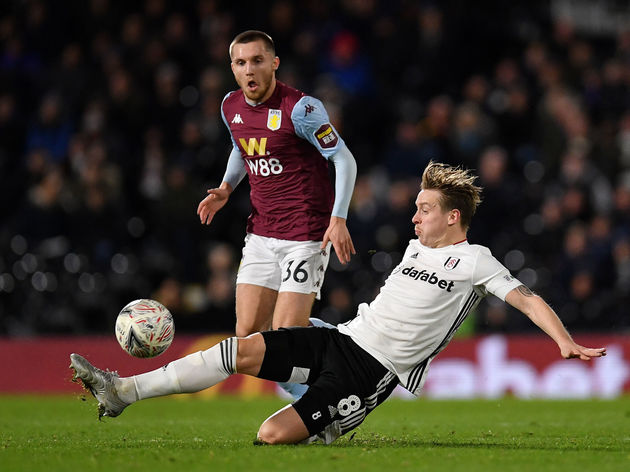 Vassilev is emerging as the latest American wonderkid who could break into the United States Men's National Team, but the teenager could have also chosen to represent Bulgaria.

His parents both settled in the United States in the late 1990s, with

Scouted at the Under-17 World Cup

Despite making a name for himself at youth level in America, it wasn't until the Under-17 World Cup in 2017 that Vassilev started to attract attention from European clubs.

The United States, who were managed by John Hackworth, scored 11 goals on their way to the quarter-finals where they were knocked out by eventual champions England. Vassilev's made a name for himself recently as a goalscoring threat in the final third, but the 18-year-old has actually featured in almost every position imaginable.

He's predominantly featured as a left winger in his career so far, but Vassilev's 13 appearances in the Premier League's Under-23 division have come either as a centre-forward or an attacking midfielder.

Vassilev's also played further back in midfield during his time at Aston Villa, taking up roles either as a box-to-box player or a ball-carrying defensive midfielder.

Congratulations to Indiana Vassilev, who made his #PL debut this afternoon! #AVFC pic.twitter.com/mztqaqdxMV

Vassilev represented the United States at an Under-17 World Cup almost three years ago, and the 18-year-old is already part of their Under-20 setup.

The youngster looks set to be fast-tracked into the United States' Under-23 side sooner rather than later, but if he's able to establish his place in Aston Villa's first team this season then he could even be in with a shout at making Gregg Berhalter's senior international side. Vassilev came up against all sorts of household names at the Under-17 World Cup - the England side alone had Phil Foden, Jadon Sancho and Rhian Brewster, who scored a hat-trick in the quarter-final to knock the United States out.

But throughout his rise with the national team, Vassilev's also been on the same side as some young players who are starting to attract attention from Europe's biggest clubs.

At the Under-17 World Cup alone, Vassilev played alongside

The Premier League's Under-23 division gives fans a chance to catch a glance at their side's biggest youth prospects, and this season has been no different.

West Ham's Nathan Holland earned himself a loan move to Oxford United after scoring 12 goals in 13 games, while Curtis Jones is firmly part of

For Vassilev, his six goals has him level as Aston Villa's joint-top goalscorer at Under-23 level.

What's even more impressive is that the 18-year-old has already scored more than some of the brightest prospects at the Premier League's biggest clubs, like Tahith Chong, Tyreece John-Jules, Rhian Brewster and Charlie Brown.