​Manchester United midfielder Juan Mata says he understands why his two goals against Liverpool in 2015 have given him a cult hero status among supporters, but the Spaniard has urged his teammates to make new memories for fans this weekend.

The 31-year-old scored both of United's goals in a 2-1 win at Anfield - including a stunning bicycle kick - in what turned out to be one of the club's three wins away at Liverpool during the last decade.

Manchester United return to Anfield on Sunday without a win in their last four visits, and Mata has urged the club to make new memories for travelling supporters after his two goals five years ago immortalised his place in United folklore. 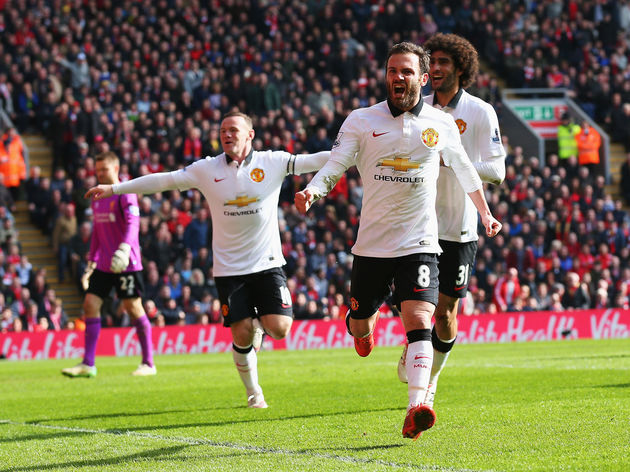 "I guess it’s difficult, if you score at Anfield, for United fans to forget about that," Mata said, quoted by Standard Sport. "It was a very special day for all of us, for me personally.

"So it’s a memory that I cherish, but you have to move on and luckily I’ve also scored other goals. It’s not just those two. But it’s always special for the fans."

United make the short trip to Anfield sitting 27 points behind Jürgen Klopp's Liverpool, with the club all-but-guaranteed to finish below their rivals for the second straight season.

After coming out of a decade where the club spent most of their time behind Manchester City, Mata believes that United need to focus on their own performances to climb back up the Premier League table - rather than looking at their rivals.

"Of course, over recent years, Manchester City and Liverpool have been doing very well, and that’s a fact, but as a player I always say the same, which is it’s a special feeling to be playing for this club, in the good moments, but also in the difficult moments.

"This club has won more leagues in the country and, as I always say also, when you have been here for a few years and you have won some trophies, you still have this desire of winning very big trophies with the club."