Five Football Clubs You Must Follow on TikTok Right Now

​Love it or loathe it, TikTok is a cultural phenomenon.

Such is the modern game, football clubs would not be functionally correctly if they did not try to cash in on the craze and try to increase their following.

Okay, I'll admit that you do have to scroll through a lot of teenagers doing incredibly infuriating lip-sync battles to find their accounts, but when you eventually reach your destination it is well worth the wait.

No, it really it is I promise. If you don't believe us, 90min has compiled a list of all the best football clubs to follow on the platform. It saves you having to scroll through all the rest of the garbage on the app, and for that you are very welcome...

​​First stop on our whistle stop tour of the best TikTok accounts in world football is...the League of Ireland with Derry City? Well, this is rather unexpected.

The Candystripes are one of only two teams from 'the greatest league in the world' - their words, not ours - to have a TikTok account and their content wipes the floor with that of Sligo Rovers.

The star videos include a Derry fan waiting to throw the ball away from an opposition player trying to take a throw in and a bizarre welcome message for new signing Walter Figueiro.

In the latter, Figueiro walks sheepishly into a gym wearing jeans and a blazer before shaking hands with a few Candstripes players who have just finished 'working out', all soundtracked by some brilliantly garish pop music. It's weird...but we like it.

While it was amateurish charm that attracted us to Derry City's TikTok content, Manchester City take a different approach, producing a highly slick and professional product.

Not all of their videos are on the money, with a recent edit of Sergio Aguero celebrating against Aston Villa being particularly boring, but there's still a lot of laughs to be had.

The Christmas period for instance coincided with some great stuff from the Citizens - including a snippet of John Stones successfully juggling some Brussels sprouts. Some of the best coordination we've seen from the England international all campaign to be fair. 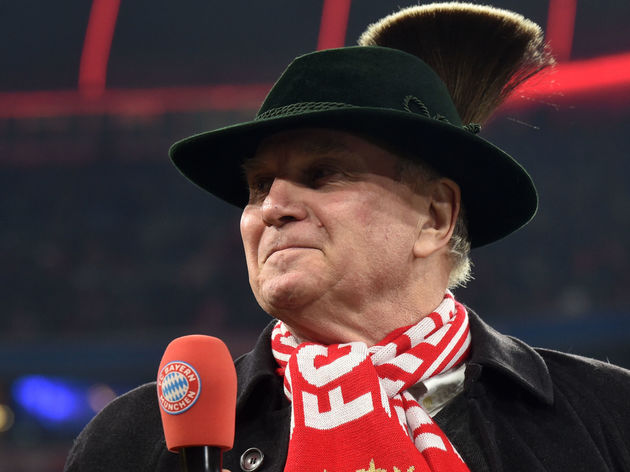 The cream of the TikTok crop in the Bundesliga has to be Bayern Munich. The club's output is very much helped by some fantastic performances in front of the camera by a number of their star players.

Philippe Coutinho played 'short man is small,' to a T recently, when a video of him failing to put his towel on the crossbar racked up 2.6m views.

Manuel Neuer and David Alaba put in even better dramatic performances in November, when they donned blonde wigs for an 1980s style workout video in tribute of departing Bayern president Uli Hoeness.

You: Raging Celtic announced a signing on TikTok

Me: Raging they stole my player filter pic.twitter.com/tj2HKtR0Lq

Despite being fairly new to the TikTok game, Celtic have still managed to put out some memorable content.

Whether it be a birthday message to Odsonne Edouard set to a Stone Roses tune, or a signing announcement soundtracked by ACDC - the Hoops' media team have been in top form of late.

With output like this it won't be long until they close the gap on their Old Firm rivals Rangers who currently have 1,000 more followers on the platform. ​The Blades round off our list for one reason and one reason only - their hilarious decision to soundtrack a clip of Chris Wilder celebration with a Little Mix song.

Does Wilder know who Little Mix are? Probably not. Does it matter? No.

This bizarre clashing of worlds is weirdly brilliant and full credit must go to Sheffield United's social media department for bringing it into existence.