Ever since Manchester United were comfortably ​dispatched at the London Stadium in late September, watching West Ham has been pretty painful.

Even that performance on a cold, wet and windy afternoon in east London wasn't the greatest, but the visitors were so bad that it didn't really matter.

Felipe Anderson has looked disinterested, Mark Noble has been (sadly) bypassed time and again in central midfield while Sebastien Haller has cut an isolated, lonely figure up front.

But from the darkness has emerged some light at the end of a very murky Manuel Pellegrini tunnel.

That light is Michail Antonio.

Put simply, Antonio was absolutely sensational at Southampton, as ​West Ham eked out a much-needed 1-0 win on the road.

The Hammers were good value for their win, despite the hosts spurning some good chances, and looked more like the West Ham side who bounced back from an opening day mauling against ​Manchester City to go six games unbeaten.

Southampton weren't great in truth - with the memories of their 9-0 humiliation at the hands of Leicester still lurking - despite recent wins over Watford and Norwich. But take nothing away from a West Ham performance that embodied everything that has been missing from the side over the past few months, the recent performance at Chelsea aside.

Better organisation, more running off the ball and a higher intensity were all contributing factors to the team's success. But without Antonio setting the tone, you wonder if any of that would have been possible.

His boundless energy, desire to hunt down the ball and willingness to run into the channels at pace is something that West Ham have sorely missed this season during his absence with a hamstring injury.

Playing centrally, alongside Haller, Antonio was able to involve the Frenchman in the game more, cutting down the chasm of space that the former Eintracht Frankfurt striker has had to endure with Anderson, Pablo Fornals and Andriy Yarmolenko supposedly playing around him.

That encouraged West Ham to be more compact, push Declan Rice up a little more alongside Mark Noble and allow Fornals and Robert Snodgrass to assist in a high intensity press. Consequently, Southampton made a glut of mistakes on the ball and West Ham seized control. 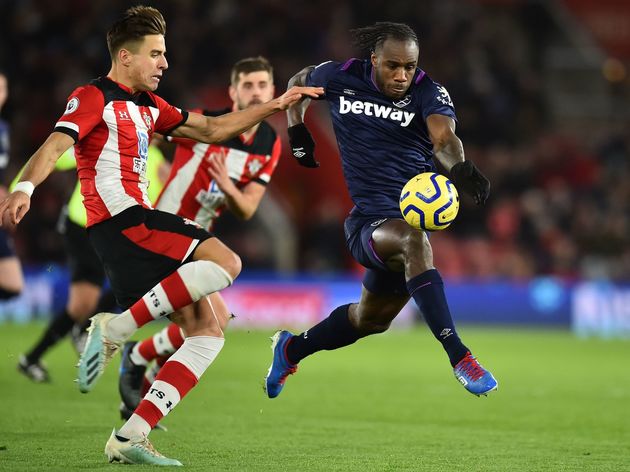 Antonio, on the other hand, is always up for the fight. Striving to score, determined to give 100% and desperate to elevate the game of others, he brings a spirit and energy to the game that has been symbolic of his five year stint at the club.

He's never been the best on the ball, nor has he been the smartest with it, but he's always been a team player.

Willing to play anywhere, he's been utilised all over midfield, up front and even at full back. But in the support striker's role, he's able to influence things from a far better position - and if Haller's improved showing is anything to go by, he's vital to getting the best out of West Ham's club-record signing.

He also could be the man to save Manuel Pellegrini's bacon, providing he stays fit and healthy. If he does, the club should be looking forwards, rather than back - particularly if they can find a way to galvanise Anderson, Yarmolenko and company in the coming weeks.