​Tottenham Hotspur boss José Mourinho has stressed that defender Juan Foyth may still figure in his plans this season, and insisted there is 'no chance' that the 21-year-old will leave Spurs on loan in January.

Foyth has made only two Premier League appearances this season, and he has not featured domestically since Mourinho arrived at the Tottenham Hotspur stadium. 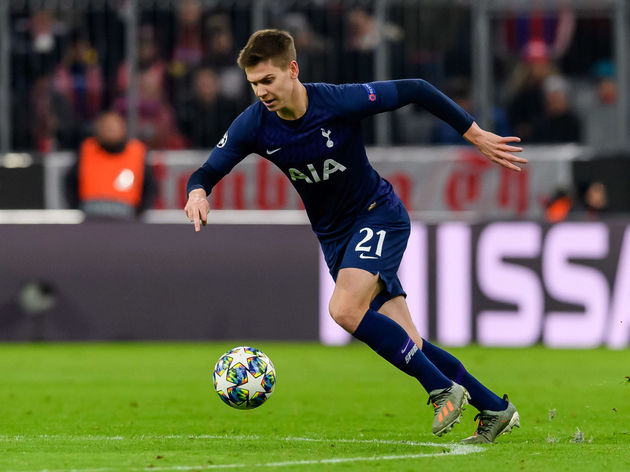 But the ex-Chelsea coach was quick to quash any rumours regarding the Argentine defender's future at Spurs, insisting that there aren't 'many doors open' for a potential loan move away from the club.

"At the moment, the players that went to Munich with us are part of our squad, so I don't think there will be many doors open for players to get out on loan," Mourinho stated ahead of Spurs' away trip to ​Wolverhampton Wanderers on Saturday afternoon, as reported by Sky Sports.

"If you want to be more direct like some media that was saying Foyth was one of them - I can kill it now. No chance.

"If you want to speak about some of the other younger players, let's analyse the situation. We will make the best decisions (on loans) for the players and for us too."

Mourinho praised Foyth's 'very stable, solid and calm' performance against Bayern Munich in their recent Champions League meeting, and he hinted that the youngster may have a part to play at right-back in the future. "Foyth was very stable, solid, calm (against Bayern). He played very well. Is he going to start Sunday? No. But I am really happy with his performance.

"[As for whether he can play right-back, that] depends what you want from a right-back. If you want one that plays like ​[Serge] Aurier then no. Aurier plays like a winger and Juan can't play as a winger.

"If you want to play more closed inside, more positional, more balance to the team defensively then I think he can [play right-back]. He is intelligent and holds the ball well."

​Tottenham have improved dramatically since Mourinho replaced Mauricio Pochettino in November, lifting his side to seventh in the league and securing progression to the knock-out phases of the Champions League.