Martinez has reportedly emerged as a top target for the Catalan giants, who are looking to identify a long-term heir for the aging Luis Suarez. 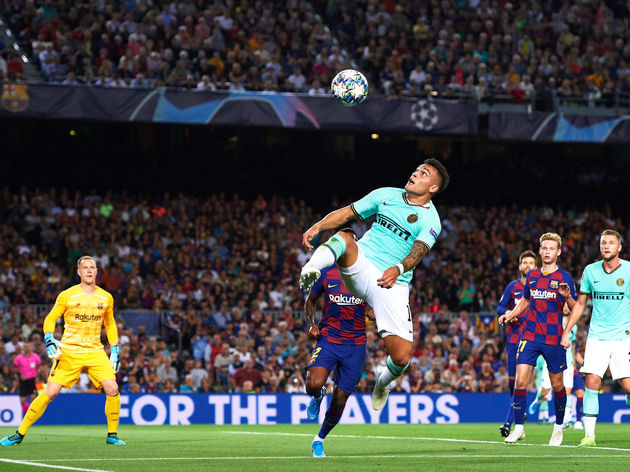 Martinez has scored 13 goals across all competitions this season until now, including a goal away to Barca in the Champions League on October 2.

When asked about Martinez on the eve of the clash, Valverde – whose Barca have already qualified for the last 16 – ​told reporters: “He is a great player and he’s having a great season. He is quick and strong.

“He scored a great goal in the first game at the Camp Nou. I know he is comfortable with [Romelu] Lukaku, they’ve found the right mechanism to help Inter.

“As for Lautaro being similar to Luis Suarez, they are a little different but both are born goalscorers. But Inter have so many good players, Lautaro, Lukaku, [Milan] Skriniar…”

"He is a great player and he's having a great season. He is quick and strong.

"As for Lautaro being similar to Luis Suarez, they are a little different but both are born goalscorers." pic.twitter.com/UTfDFKVMas

Valverde was full of praise for new Inter coach Antonio Conte and the way they play.

"I expect a great Inter side," Valverde added.

"They are the leaders in Serie A, and in the first match in the group they made things very difficult. They are having a great season and last year they also had a game like this, but didn't win their match against PSV.

"The coach may have changed and some players have changed, but the spirit is similar. We are here to fight and to win."

‼️ OFFICIAL: This is the squad list for the game against Inter midweek.

 Alba and Arthur still out injured, as is Semedo.

⤴️ Plenty of youngsters coming through, among those being Todibo, Riqui, Araujo and Morer. pic.twitter.com/nVKXzknSla

Barcelona will be without Lionel Messi who has been rested for this match, and Valverde

"We are coming off the back of a number of games and, taking into account what we have coming up, we decided he couldn't come," he added.

"When there is no Messi, there are still 11 players. For us, he is decisive, but it isn't the first time he is missing."