Arsenal haven’t won a league game since they beat ​Bournemouth on October 6th, and Ljungberg needs his

The north London side were booed off the pitch once again following Brighton’s victory at Emirates Stadium, with Ljungberg admitting after the game that his players looked scared and didn’t want the ball in the first half. 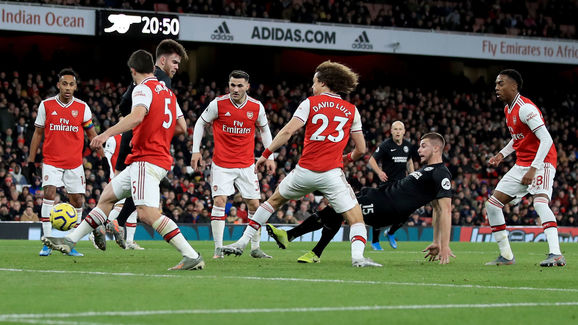 But the caretaker manager believes he has to shoulder some of the blame for the situation his club find themselves in now.

“I haven’t said I’m going to build the team against specific players but I felt I want to play the experienced players when it’s such a difficult situation like it is at the moment,” Ljungberg ​said, as per ​FourFourTwo.

“(I decided not to) pick all the young players that are going to change the future of this club. I made a conscious choice to put down the older players to take the responsibility and change the games. We need to change this downward spiral.

Arsenal have now failed to win their last nine matches across all competitions, their longest winless run in 42 years:

Freddie Ljungberg was born during that winless run back in 1977... pic.twitter.com/GjRuiOe5MA

"They [West Ham] have great fans, it’s going to be a great occasion but maybe that is good for our players, they can relax a little bit and concentrate on the game.”

However, Ljungberg refuses to rule out finishing in the top four.

“No, I don’t think we should stop talking about the top four. But for us it’s about concentrating on what we’re doing here now and not look up, down, sideways. We just need to work on our own game and our own confidence.”