Rangers had dominated the final for the majority of the match with Fraser Forster pulling off a number of stunning saves, but 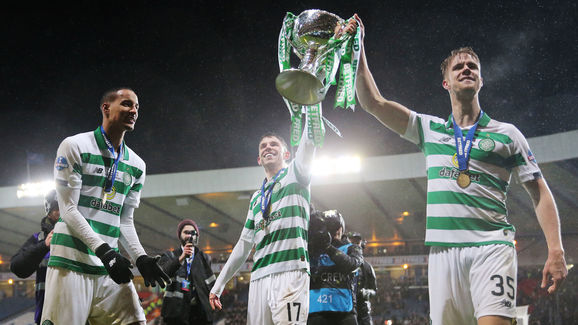 “I think the three of them are in an offside position.

"I'm not the type of person who blames or look for excuses, the big moments have gone against us today, we are all responsible for that.

Steven Gerrard said his players were "outstanding" in the League Cup final but that the big moments went Celtic's way. https://t.co/yqHbkkLdef pic.twitter.com/SUuGc6WXrD

“It's still very raw but I can't really ask any more from my players in terms of the performance.

“Now, there's a good possibility two or three of them are offside but we've still got to defend it better."

Gerrard was full of praise for Forster, who is on loan from ​Southampton, saying,