Leagues
Fixtures
Transfers
Buzz
Champions
WorldNews
Lists
Next Article
FA Cup: Which Games Are on TV & When the 5th Round Draw Takes Place

​Manchester United defender Harry Maguire has admitted that the club's forwards have looked like completely new players in recent weeks, firing the Red Devils to huge victories over both Tottenham Hotspur and Manchester City.

Marcus Rashford and Anthony Martial have both got themselves on the score sheet in recent weeks, and United have looked like a dynamic side who are playing with real confidence as they comfortably dispatched two of the Premier League's top sides. Speaking to ​MUTV after the recent 2-1 win over ​City, ​Maguire was eager to praise the work rate of the forwards, who have really stepped up and risen to the test during the last two games.

“Over the last month or so, I feel like I look at the forwards and think they’re going to score goals," he said. "At the start of the season we didn’t really score more than one goal in a game but now, it’s a few games in a row where we’re back to scoring goals.

“They’re a big threat, they’re top talents and I think it’s all coming together now. We’re not getting carried away - it’s a big three points, a special win, one for the fans and I’m really happy for them. We just keep moving up that table and keep chipping away.”

Maguire was named as captain for the game, and he could not hide his excitement at being able to lead the Red Devils out in such a huge match for the club.

“I feel really proud to lead the boys out at the Etihad and to get the three points," he confessed. "It was an important game for us.

"We feel like this year we haven't got results in some games where we've deserved the three points but in the last two games, I don't think anyone can question that we've deserved both victories. 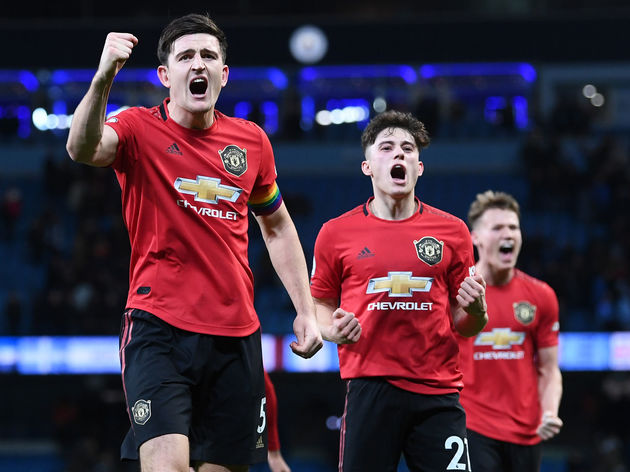 "I think you need to look after your own results and don’t look elsewhere. We need to keep winning games, we’ve won back-to-back games against ​Spurs and City.

“We’ve got another big game next week [against ​Everton]. The top four is in sight but we need to look after our own results and keep trying to get the three points, and keep improving.”