​Former JuventusArsenal have been heavily linked with the Italian

Allegri did admit that he has been taking English lessons, but he has no plans to take a job mid-season and intends to see out the one-year sabbatical from football he planned when he left Juve last summer. 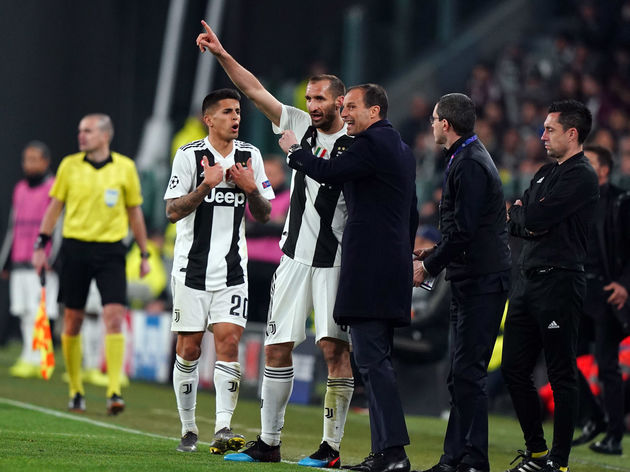 "In June. I don't know if you can call it a sabbatical or not," he told ​ESPN.

"Giovanni [Branchini] and I immediately came to that decision. As soon as the relationship with Juventus came to an end, the decision was to take a year out. I had 18 years as a player and I've been in coaching for 16. I stopped this year after 34. I'm happy.

"I have a chance to reflect, go and talk to people, do things in my private life that I'm passionate about, like going to the theatre, some art exhibitions, reading books. I am taking lessons here in Milan. I manage to speak quite well. I find the listening part a bit more difficult.

"If I'm talking to someone who helps me out by speaking a little slower, then I understand. I watch films [in English] and if I read something in English I understand it fine."

Massimiliano Allegri: "I'll be back on next June. I won't join any club before next season. But yes, I am taking English lessons here in Milan...", he told ESPN. 

Finally, he reiterated the importance of the upcoming year, which he has marked for a return to the touchline.

“Next year will be an important year. Important for the choice I end up making and the need to be prepared for it. After a year out and five years at Juventus, I don’t want to go back into the game and do badly. That would do my head in.”