​José Mourinho has accused his former side Manchester United of adopting a 'defensive approach' in their 2-1 win over Tottenham on Wednesday.

Mourinho was returning to Old Trafford for the first time since being sacked as Red Devils boss in December 2018, after a string of disappointing results left them in sixth place. The 56-year-old recently returned to management with ​Spurs after Mauricio Pochettino was sacked by last year's Champions League finalists.

He has enjoyed a fairly comfortable start to life in charge at the club, picking up victories over ​West Ham, ​Bournemouth and Olympiacos, but United ended his perfect start on Wednesday courtesy of a brace from the in-form Marcus Rashford.

Mourinho blamed his side's defeat on Ole Gunnar Solskjaer's well-executed defensive approach, something that he was often criticised for during his time at the club.

"I think it’s just the way it is. You look to United’s results against the best teams they’ve had good results. ​Chelsea​Liverpool​Leicester 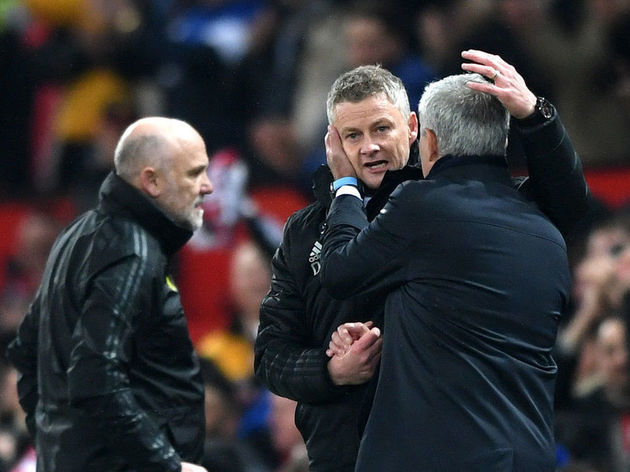 Despite his comments, the Spurs manager had no doubt that United deserved the three points - though he was keen to emphasise the influence that he had in shaping the hosts' squad.