Azerbaijan vs Wales: Where to Watch, Live Stream, Kick Off Time & Team News

​Wales make the long journey to Azerbaijan for a crucial game in their attempts to qualify for Euro 2020.

Ryan Giggs' side currently sit fourth in Group E on eight points having won two, drawn two and lost two of their six qualifiers so far. Yet they are still in with a chance of qualifying but must win their remaining two games and hope other results go their way. Croatia sit atop the group with 14 points, while Hungary, who Wales host in their final qualifier, have 12 points in second. Two wins from two for the Welsh could see them qualify for the tournament - but that starts with an essential three points in Azerbaijan.

Meanwhile, Azerbaijan are simply playing for pride at this point. They sit bottom with one point and can't catch anyone in their group. However, they shouldn't be underestimated as that sole point came against World Cup finalist Croatia in a 1-1 draw.

Wales have to win this game if they're in any chance of qualifying. But, they cannot go into this game thinking it is a foregone conclusion. Azerbaijan, on their day, can provide a stern test.

Wales will be boosted by the returns of ​Aaron Ramsey and Chris Mepham, who​ both missed the 1-1 draws with Slovakia and Croatia in Wales' last qualifiers. Ramsey could take the place of ​Joe Allen, who is suspended for this one following an accumulation of yellow cards. 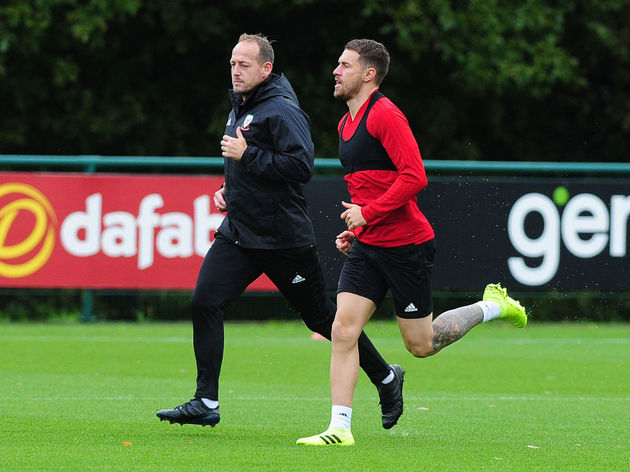 However, Giggs will be without ​Swansea centre-back Joe Rodon who tore a tendon in the Championship club's 3-0 loss to Brentford at the end of October. Danny Ward and Tom Lawrence will also be unavailable having withdrawn themselves from the squad due to personal issues and illness, respectively.

Lawrence, Rodon and Jonny Williams join David Brooks as the main injuries for Wales to contend with.

​In the seven games played between these nations, Wales have come out on top six times and drawn the other.

However, you'd have to go back to 2003 for a Welsh win by over two goals, when they beat Azerbaijan 4-0 that included a Ryan Giggs strike. The most recent meeting in Cardiff was a tight affair and Wales only won in thanks to an 84th minute goal from main man ​Gareth Bale back in September.

As mentioned, Wales have had a weird sort of symmetry throughout their Euro 2020 qualifying campaign. They've won, drawn and lost two games while scoring six goals and conceding six in the process. Their last two qualifiers both resulted in 1-1 draws as they travelled to Slovakia before hosting Croatia. Technically, they're unbeaten in their last four internationals that include a 1-0 friendly win over Belarus.

Azerbaijan are bottom of Group E with one point from their six games. However, the majority of their qualifiers have been close affairs - losing to Croatia, Hungary and Wales by the odd goal. Their most recent international win was a 3-2 away win in Bahrain last month.

With their firepower and the return of Aaron Ramsey, Wales should get this done. The three points is crucial and means it could come down to a straight shoot out with Hungary.

Azerbaijan have got nothing to play for - but should not be underestimated. They will provide a test for Wales but Giggs' side should get the much needed three points​. A returning Aaron Ramsey will dictate the game and provide two assists as Wales win this one.