With pressure building on Barcelona's current coach Ernesto Valverde, and the strong affinity Koeman has for the club he represented between 1989 and 1995, he remains one of the primary candidates to take over.

The Dutchman won 10 major trophies with the Catalan club as a player and he says they are the only club that could persuade him to leave the Dutch national team set-up. 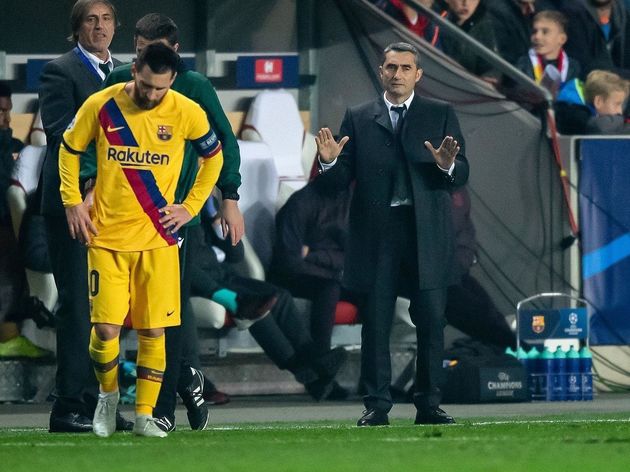 "(Joining Barcelona) is a possibility, but only after Euro 2020,” ​he said, ahead of the game against Northern Ireland, as per ​Marca.

“I don't know if I'll keep (talking about the Barcelona role) in the future because it's a bit strange to speak about the possibility of going to the club while you're the Netherlands coach.”

The current Netherlands manager took his side to the final of the inaugural Nations League last summer, and was previously an assistant at the Blaugrana between 1998 and 2000 and has experience in the Eredivisie, ​Premier League, and ​La Liga.

Koeman: "Contacts with Barcelona during my team at the national team of the Netherlands? Let's not talk about this."

During his spell at Valencia, Ronald Koeman delivered a Copa del Rey title, but was sacked with the club hovering above the relegation places.

Despite some criticism of Ernesto Valverde’s side’s sluggish start to the season, Barcelona are top of the league table and lead their group in the ​Champions League, ahead of ​Borussia Dortmund and ​Inter Milan.