​The Spanish Football Federation (RFEF) have confirmed that Barcelona and Real Madrid will face off on December 18, after their scheduled meeting on Saturday was postponed.

Catalonia, the region in which Barcelona are based, has been home to serious political unrest in recent weeks following the imprisonment of nine Catalan separatists, and the RFEF decided that going forward with El Clásico could lead to some major issues in the region.

The RFEF have taken to their ​official website to confirm the new date for the fixture after ​Real Madrid and ​Barcelona reached an agreement over when to rearrange the match for.

They also revealed that ​La Liga had suggested a different date, but the RFEF have instead decided to stick with the two clubs' preferred date.

La Liga have announced that they will ​appeal the decision, as they would prefer the game to be played on either the 4th or 7th of that month. They want the league's premier fixture to be played on a weekend, rather than on a Wednesday, and they do not want the game to take place at the same time as some lower-league Copa del Rey clashes.

La Liga will push for Saturday December 7, but that would mean that Barcelona's meeting with Real Mallorca and Real's clash with Espanyol would both need to be rescheduled, so 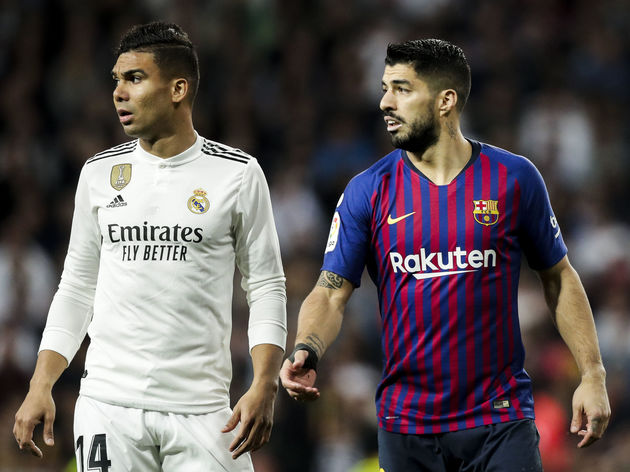 For both sides, the game on the 18th will come in the middle of a hectic period. Real will also face Club Brugge, Valencia and Athletic Club in a busy 11-day spell, while Barcelona's schedule is similarly as loaded.

Ernesto Valverde's side travel to Milan to face ​Inter in the ​Champions League on December 10, before league meetings with both Real Sociedad and Alavés in the next 12 days.