Before we begin, disclosure: This article will contain mentions of VAR. It is an unfortunate, if very funny and entertaining and upsetting to just the right people, byproduct of modern football.

However, it will not be all we talk about it, because actual football still exists, intermittently. With that, let's get on with the show.

Well that was quite a weekend, wasn't it? From Tottenham's toils to Manchester United's might, from Manchester City's cheek to Chelsea's grit, and from Liverpool's labouring to VAR's vibe-killing, we had it all. Car crash-like top-flight entertainment, in all its glory.

But what did we learn? This stuff.

Chelsea's Ugly Is Not Your Ugly 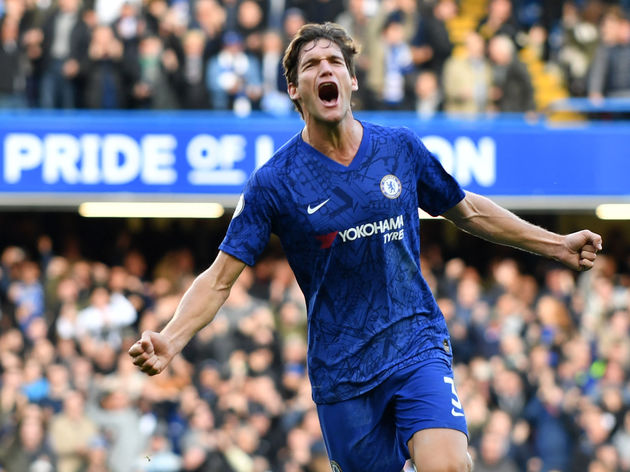 Ugly is a subjective, often stupid word when evoked in footballing terms. This is especially true when it concerns someone as objectively easy on the eye (in both footballing and modelling terms) as Olivier Giroud. And yet, in the decision to opt for the much-ignored Christian Pulisic over France's third-greatest goalscorer in history, a line was drawn: Chelsea can win ugly, they just won't do it by sacrificing their 'ideals'.

The game against Newcastle was a slog, undoubtedly, peppered with some fleet footwork from the resurgent CHOsen one Callum Hudson-Odoi and the magisterial regista (s/o Ray Hudson) work of Jorginho, but desperate for a winner with 25 minutes to go, Lampard refused to compromise with a more direct style.

Whether that is impressive or naive is, again, subjective. But it is telling. There's no need to sugarcoat it - Spurs were bad against Watford. Really bad. They were absolute passengers, leaving their Match of the Day segment looking like a series of attacking drills for the Hornets. This belies the 70-30 share of possession they had, and that's because 70% of that possession was pedestrian nonsense.

The only man who seemed to capable of springing an opening was the returning Dele Alli, and it turned out he was. Yet this was only enough to salvage a draw against the only winless side in the league. Clearly, they need more, from the rest of the team, from Mauricio Pochettino, from Daniel Levy and, yes, from Alli himself.

Grealish Grooves Through the Gears It was hard to see Jack Grealish's performance against Brighton and not contrast it with those woes at Spurs, and think what could've been. Needless to say, it is probable that Grealish would not be the player he is if he had made that long-rumoured move to north London.

The Aston Villa captaincy has provided him with a responsibility he would not have at Tottenham, and he's relished under the pressure. And yet his showing on Saturday had everything that the Champions League finalists are missing, with his beguiling combination of finesse, ferocity, precision and leadership all things Spurs would kill for right now.

Considering the rejection of those £25m and £30m bids, that might just be Spurs' only option moving forward. Whether that's taking up some kind of mercenary for hire role or sacrificing one of their greater talents for the greater good remains to be seen. But something has to be done. Whatever the merits of Marco Silva may be, whatever systemic maladies may persist at Everton going forward, one thing is for sure: You can't keep a player like Gylfi Sigurdsson down for long.

He will always rise again, usually in the form of the kind of long-range stunner exhibited on Saturday. Sure, Andre Gomes and Tom Davies may have provided the platform for his success in a sense, but the game will always require players to capitalise on those platforms, and that is what Sigurdsson does better than any other Toffee.

VAR Can & Will VAR And humanity lapped it up. Humanity expected justice at the click of a button and the whisper of a watchful eye in the ear of another. In the slowed-down pictures on a small screen and the pixelated words on a bigger one. They expected the world of this VAR. And the world is what they got.

What you got ain't nothing new. This country's hard on people. You can't stop what's coming. It ain't all waiting on you. That's vanity.

David Silva Is Still the Standard-Bearer at City Questions were raised, then the answers were provided. Emphatically. Yes, it turns out, David Silva – one of the greatest midfielders in Premier League history – is still alright at football. More than alright.

In fact, in a gluttonous midfield in Manchester, he remains the standard-bearer. And if you disagree, just stare at the vision of technique and poise up there for a few more seconds. Yeah, that's right, it does belong in the Louvre, I'm glad you agree. And Silva's been as proficient as Picasso when it comes to creating works of art in City Sky Blue and, yes, City 'Last Part of a Fruit Pastilles Ice Lolly' Yellow and Red.

Virgil van Dijk Is Not a Deity Virgil van Dijk is not God. He is not even 'a' god. He is a mere mortal, just like you and me. Well, probably not, but that's a low bar, and doesn't change the fact that he is, and I cannot stress this enough, NOT a GOD.

Because no god would allow Marcus Rashford to bully them. Not even one of the really rubbish, incomprehensible, inactive, underground ones. Now, I'm not accusing the Dutchman of thinking he is such, not really. This is what the public have projected upon him, with their showering of praise and stats both worthy and wildly overblown.

Before the game, Graeme Souness credited him with never breaking a sweat. Then, in the buildup to United's goal, he duly didn't, jogging back in the face of Daniel James' propelling power and failing to stop his cross. So, no gods at Old Trafford, but at least Karma's alive and well.