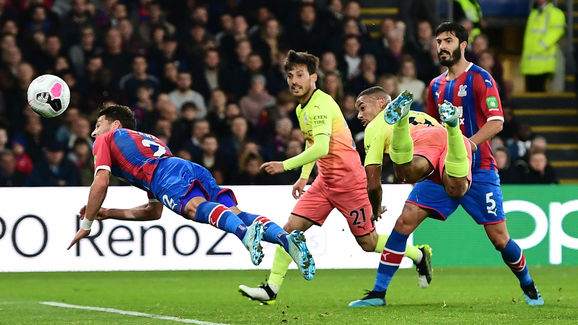 We are a team in the last two seasons who score a lot and create a lot. I don't have doubt about that, but still we have to keep going and work on that."

| Pep says City 'not ready' to win UCL because they miss too many chances:

“We missed a lot of chances and also lost a lot of chances in the box,” said Guardiola. “We have to be clinical. The people say about the Champions League, that target. We still are not ready.” pic.twitter.com/yA8HxIpO7B

"He [Jesus] will have a long career and with his mentality always he will have success. He is hungry, he will become an important striker around the world and we are lucky to have him," Guardiola added

"He is a competitor, he accepts the decision and every training session he fights like an animal, but he is so young and can improve."

Sensational Report Claims That Cristiano Ronaldo is Considering Moving To Euro Giants in Near Future
5 Most Successful Players in Champions League History
'We Will Buy Helmets & Armour' - Napoli Boss Gennaro Gattuso on 2nd Leg Tie Against Barcelona
Lionel Messi and His Barcelona Team-mates Will Be Subjected To Coronavirus Test on Arrival at Naples
Champions League: 3 Things We Learned as 10-Man Barcelona Drew 1-1 With Napoli