​Everton have identified ​Lyon striker Moussa Dembélé as their main transfer target for January and with Dembélé reportedly willing to move back to England.

The Frenchman has attracted interested from a number of clubs due to his premium goal scoring record at both Celtic, Lyon and Fulham.

And now it has been reported that the 23-year-old sees a move to the Premier League as the next logical step in his career. ​Everton have already played their hand at signing young forwards with the signings of Richarlison and Moise Kean in consecutive summer windows.

But, even still, the Toffees are looking to add even more fire power to their attack. Moise Kean is yet to open his ​Premier League scoring account, whereas Dembélé offers a proven goalscoring record in top level football. 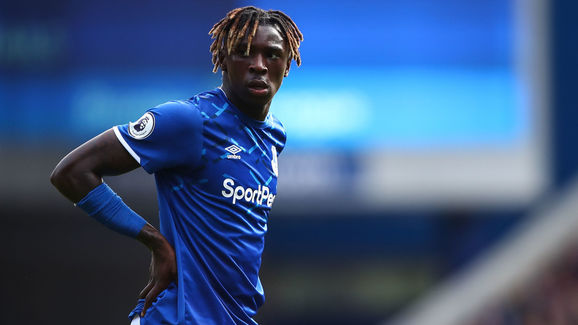 With both Celtic and Lyon the French Under-21 international has provided important goals. During his time with the Hoops he bagged 26 goals in 55 games on his way to winning two Scottish league titles.

His first season at Lyon was equally impressive with 15 goals, while this season he has continued that form and currently sits second in the Ligue 1 top scorers table.

Contrast this with the misfiring Everton strikers and it is easy to see why Everton might spend big again. They have splashed well over £100m on forwards in previous windows but they have been largely unsuccessful. Kean is yet score for his new club, Cenk Tosun has scored eight in two seasons and, well, they signed Yannick Bolasie for nearly £30m.

Lyon signed Dembele from Celtic for £19m and they could recoup more than double that if they are to sell their striker on.

Dembele is an ambitious player, forging a path at ​Fulham before moving onto Celtic and Lyon after being rejected by PSG's academy. His contract at Lyon runs until 2023 so this transfer may not happen as soon as Dembélé wants it.

Would Everton be the best club for the young Frenchman to move to? Maybe, maybe not. They have a recent history of signing underperforming strikers and he could probably secure a better move for his career given his goalscoring record in both Scotland and France.

He ​was linked with a move to Manchester United earlier this week.