​Mesut Ozil is going through a tough time at Arsenal right now. Following an underwhelming campaign in 2018/19, he has slipped down the pecking order at the club, meaning that he has started just one Premier League game, to date, this season.

He has failed to make Arsenal's squad for their last three matches in all competitions, signalling that his time in north London could be coming to an end.

Yet it has not always been this way for the German playmaker. He has previously shone in his homeland, as well as in Spain and England, proving himself to be one of the finest talents of his generation.

As he turns 31 today, now is the time to look back on eight of his best career moments. 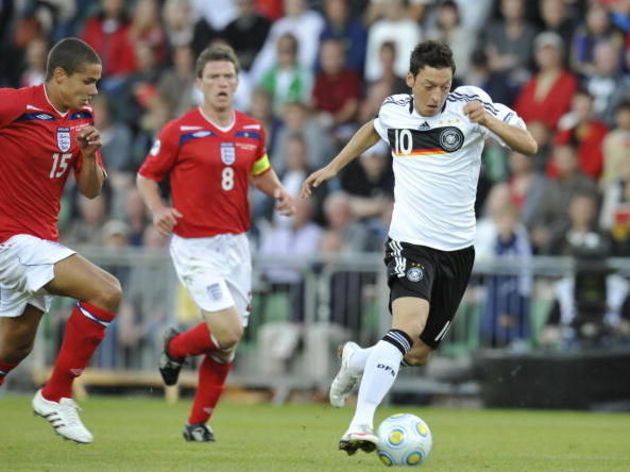 ​It was as a fresh-faced 20-year-old back in 2009 that Ozil first truly broke onto the scene. ​He had already enjoyed success with Schalke and Werder Bremen at club level, but when he went to the Under-21 European Championships in the summer he took his game to a new level.

Ozil scored Germany's second on that day, and produced a simply stunning performance. It was a sign of what was to come. 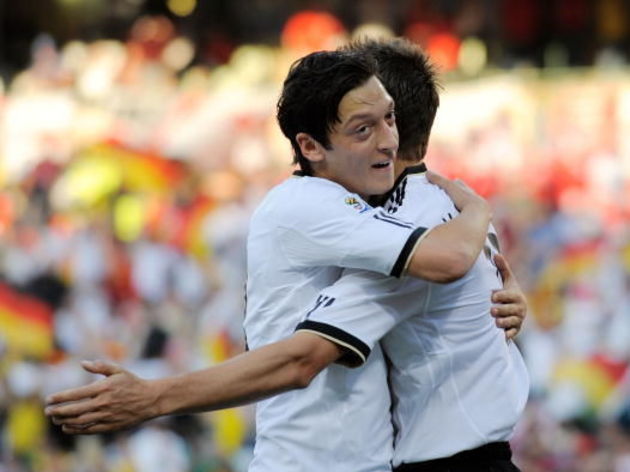 Unfortunately for England fans, Ozil has often saved his best for matches against the Three Lions. At the 2010 World Cup, both England and Germany had been unconvincing at times in the group stages, so their last 16 encounter was expected to be a tight affair.

It was anything but.

Germany flew into a two goal lead before Matthew Upson pulled one back for Fabio Capello's side. One of the most controversial moments of the tournament was to follow, as a Frank Lampard shot clearly crossed the line but was not given.

Ozil and co. took full advantage in the second half, scoring twice more to wrap up a 4-1 victory. The image of Ozil gliding past Gareth Barry and setting up Thomas Muller for the final goal will be one that England fans will want to forget, but it undoubtedly showed the classy midfielder at his best.​ 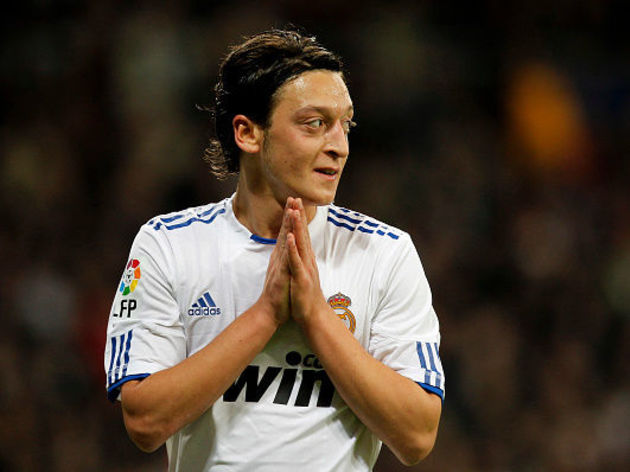 Following his World Cup exploits, Ozil was snapped up by Real Madrid

Not in this case.

Taking over the mantle from Kaka, Ozil became Real's chief creator, providing 19 league assists in his maiden campaign in Spain, more than anyone else in the division. His ability to adapt so quickly to a new league was very impressive, and indicated how he was maturing into one of the best players in Europe already. 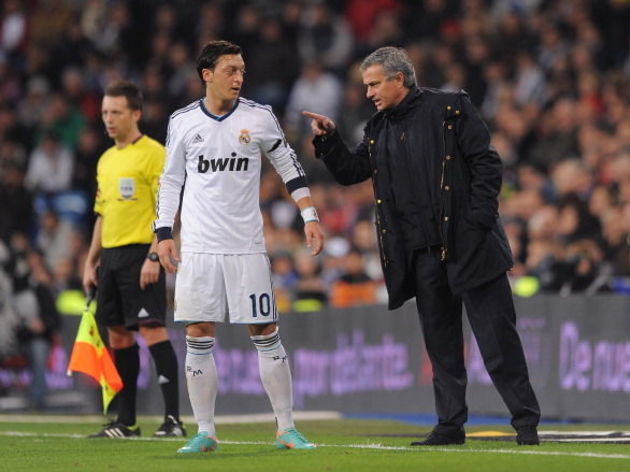 Was his debut season in Spain a fluke? Absolutely not.

Ozil demonstrated his class once more in the 2011/12 season, matching his 19 league assists from the previous campaign. This time it was enough for Real to win La Liga, as Mourinho's side ended Barcelona's dominant era by amassing 100 points across the season.

Ozil scored twice on the final day to seal that achievement. A fitting way to cap off another fine season. 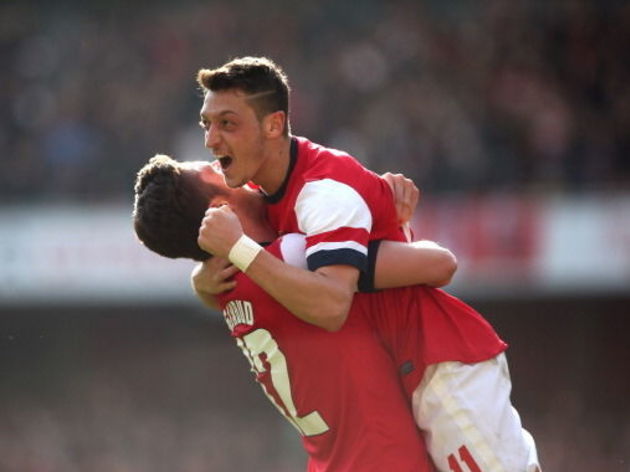 However, it showed ambition from the Gunners, who had not won a trophy since 2005. In his first season at the club, Ozil ensured that drought came to an end.

Scoring once and providing two assists on their run to the FA Cup final, Ozil was part of the side that came from two goals down to beat Hull 3-2, ​securing Arsenal's first piece of silverware in nine years.

Starting Every Game as Germany Lifted the World Cup in 2014 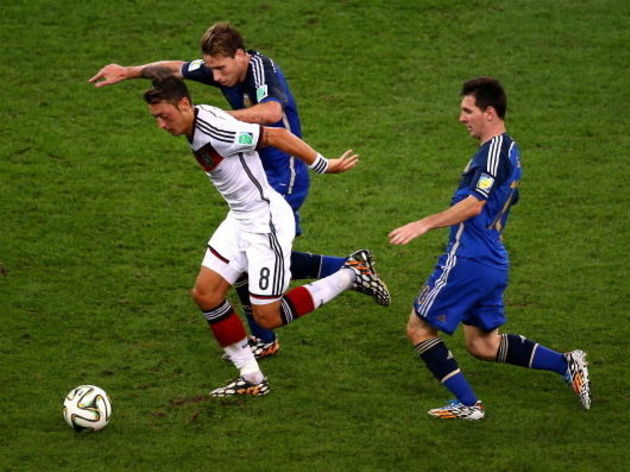 ​For much of the decade building up to the 2014 World Cup, Germany had become the 'nearly men' of international football. They had made three semi-finals and one final in their previous four major tournaments, but had failed to get the job done.

However, they appeared to be at the peak of their powers in 2014, and ready to win the biggest prize in the sport for the first time since 1990.

Ozil scored what turned out to be the winning goal in a thoroughly entertaining ​last 16 clash against Algeria, arguably Germany's toughest game of the tournament.

Joachim Low's side then went on to dismantle Brazil 7-1 in the semi-finals, before edging past Argentina in the final to claim a deserved World Cup triumph. 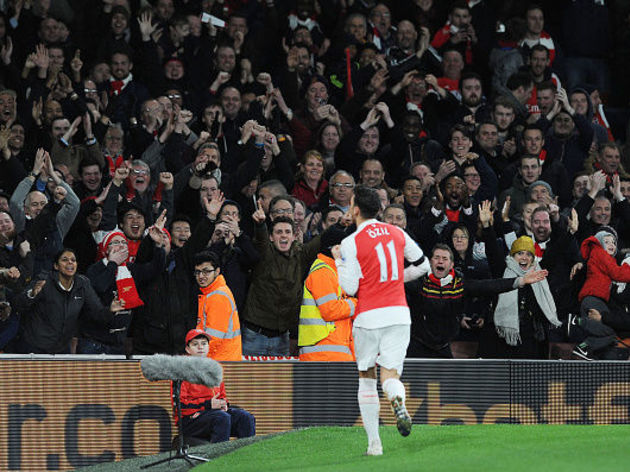 Ozil has earned his reputation as a creator of goals, and that ability was on full display in the 2015/16 season.

He registered 20 assists in the Premier League that year, a season-record. Indeed, Arsenal's record goalscorer Thierry Henry is the only player to match that feat, achieving that number at the peak of his powers back in 2002/03.

It was no surprise that Ozil went on to claim Arsenal's Player of the Season that year.

There have been some Arsenal fans who have become frustrated by Ozil's performances in recent years, as he has lacked the consistency that he showed in his earlier years.

Yet it's best to round off his career highlights by looking back at his last great performance. In October 2018 he was handed the captain's armband, and he led by example.