Sergio Aguero: The Man Who Painted Manchester Blue With One Kick of a Football

Sergio Aguero is number 18 in 90min's Top 20 Greatest Footballers of the Decade series. Follow the rest of the series over the course of the next four weeks.

​Sergio 'Kun' Aguero was given that nickname by his grandfather because the youngster reminded him of a cartoon character who liked to cause trouble.

The Argentine has lived up to the tag, causing endless trouble for opponents the world over. Over 400 goals have been scored, he's claimed ten major trophies and also landed numerous individual honours, doing it all in his own distinctive style. Aguero has garnered a reputation as one of the ​Premier League's deadliest finishers during his eight years on the books at ​Manchester City, with the striker lethal from any angle and any distance.

In a competition previously renowned for its physicality and emphasis on height, a man short on stature has achieved a mighty status.

However, the 31-year-old's stupendous career began in his home country with boyhood club Independiente, for whom he made his debut at the age of 15 years and 35 days. It wasn't a spectacular start to his life as a professional footballer, though, as Aguero was made to wait seven months for a second appearance.

His return to the side came against Peruvian outfit Cienciano in the 2004 Copa Libertadores, a match that made him the tournament's youngest ever participant. That was just the first of countless records he would demolish.

Sergio Aguero in action for Independiente youth in 1999. He was in the academy from 1997 to 2003 when he made his debut aged 15 pic.twitter.com/ntGaN50pUe

Once Aguero had grown used to the demands of senior football, the blue touch paper was lit and it continues to burn to this day.

18 goals were racked up in 36 matches

It's unsurprising the Sky Blues' revolution got off the floor when he arrived for £38m. A glance at Aguero's development with Los Rojiblancos demonstrates what a formidable talent he has always been. As is the case with many starlets who make mega-money moves abroad, the forward took his time in adjusting to a new campaign with a new club on a new continent.

He scored on a mere seven occasions in his first season at Estadio Vicente Calderon, despite playing in every ​La Liga fixture. Modest tallies such as that have not been seen since, Aguero hitting 27, 21, 19 and 27 again in the following four campaigns with Atleti.

His displays in Madrid suggested this was a player with the world at his feet and the sky as his limit - it became increasingly clear the club had a phenomenal footballer at their disposal.

Why else would they have given him such a prominent role in the team? Aguero never played less than 40 games in a season whilst there, the Argentine regularly lining up alongside Diego Forlan once the latter switched from Villarreal in 2007.

190 goals in four seasons.
Forlan and Aguero were  at Atletico Madrid pic.twitter.com/uB8NINKG1E

2009/10 was Atletico's best campaign in over a decade and the little man was a key figure as they won their first piece of silverware since 1996, as their terrific strike pairing leading an unstoppable charge towards Europa League glory.

​Fulham were unable to handle Los Rojiblancos' frontline during their showdown in Hamburg, Aguero twice assisting Forlan to help seal a 2-1 victory after extra-time. Big game performances like that would soon become Kun's forte.

His final year at the Vicente Calderon saw the rising star go stratospheric. A maiden 20-goal haul in league action confirmed he was one of the finest forwards in Spain. Reaching a century of scores for Atletico proved Aguero's form was not just a flash in the pan. Netting in seven successive matches saw plenty of powerful clubs sit up and take note.

City were first to pounce ahead of the waiting pack, all ready to hand him a bumper pay rise and the opportunity to compete for major trophies. The man in question can be very pleased with his decision to join Sheikh Mansour's project. 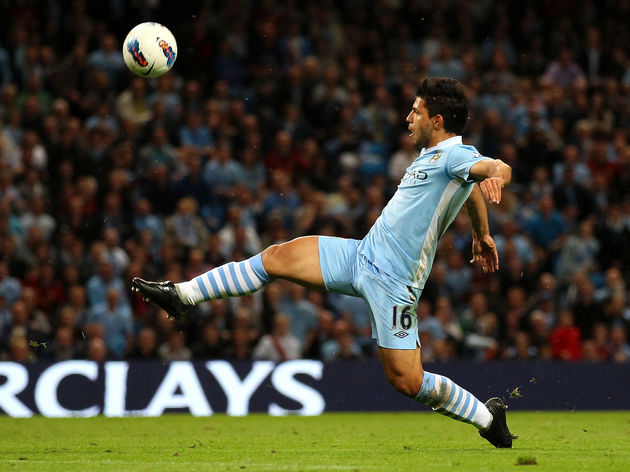 From his debut versus ​Swansea - when Aguero grabbed a brace and an outrageous assist for David Silva - it was obvious he would flourish in the Premier League. And how he flourished.

Forming the spine of the team along with Silva, Yaya Toure and Vincent Kompany, the summer signing was integral as the Citizens earned their first English crown in 44 long years.

Their triumph over ​Manchester United was a seminal moment in the history of both clubs, the league and the sport as a whole. Power was changing hands in the north-west, other teams now had proof spending endless millions could yield success on the pitch and Aguero was the poster boy of all the upheaval.

Of course he was, the 23-year-old immortalising himself with one kick of a football at 16:54 on Sunday 13 May 2012. That stoppage-time winner against ​Queens Park Rangers has ensured he will never be forgotten in Manchester, or the country at large.

2-1 down as the clock ticked into the red, Roberto Mancini's recruits needed three points on the last day of the season to dethrone United and begin moving out of their neighbours' shadow.

Edin Dzeko's header brought parity and the Bosnian's score is of equal importance to the title victory. However, it was Aguero's breathtaking, illogical, generation-defining goal with less than two minutes remaining that will be talked about forever.

Premier League trophy number one was signed, sealed and delivered by his 30th goal of the year, though a string of injuries the following campaign denied City the services of their talisman and the side suffered as a result.

Mancini was axed and in came Manuel Pellegrini, though Aguero again missed large periods of the season as the new coach oversaw a second title triumph, plus victory in the League Cup. The forward's total of 17 in all competitions that term is far and away his lowest in a Sky Blues jersey. He has averaged 30 goals a year at the Etihad Stadium, that proficiency in finding the net taking Aguero to the top of the club's all-time scoring charts in 2017.

Previous record-holder Eric Brook amassed 177 goals in 528 games for City; his counterpart surpassed him in exactly half the time, making it 178 on his 264th appearance as he rounded off a devastating counterattack at ​Napoli.

Aguero's scintillating showings for the Mancunians - aided by Silva, Kevin De Bruyne and those further back - 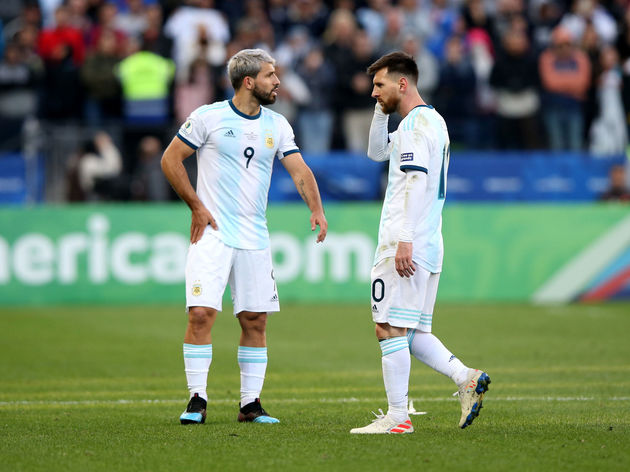