Many of the official songs from the ​FIFA 20 soundtrack have been announced. There is a plethora of songs on the new release which is all set to be drop on Friday September 27 and you can listen to those tracks on the FIFA 20 demo that dropped this week for Xbox One, Playstation 4 and PC.

Not only that, EA have gone ahead and released these tracks on famous music app ​Spotify too. 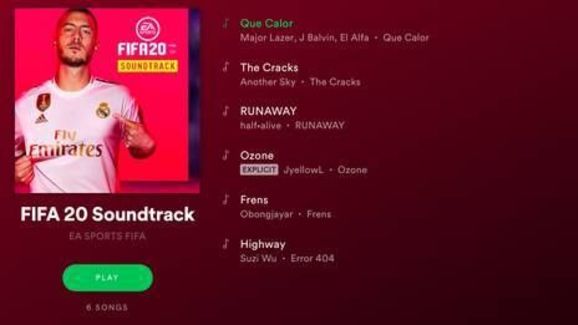 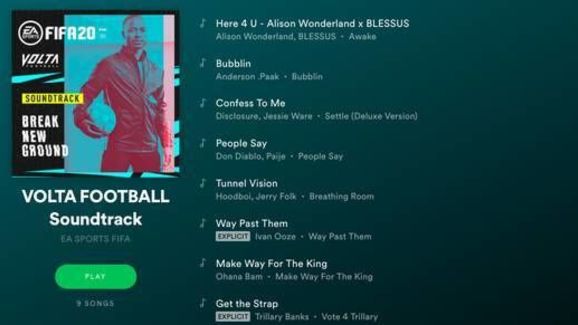 While ​EA Sports have handed out some pretty famous artists' tracks in recent years with the likes of Kasabian, Calvin Harris, Avicii, MGMT etc, there aren't as many big names in the release of new songs for FIFA20.

Here is a list of songs from the FIFA 20 playlist.

FIFA 20 is set to be released on 27 September 2019 for Microsoft Windows, PlayStation 4, Xbox One, and Nintendo Switch.