7 Things We Learned During an Eventful Week of International Football

​The international break has come to an end...finally.

They seem to last forever, as football fans up and down the country curse the fact that they are deprived of Premier League action for the best part of a fortnight.

Yet now is the time to reflect on what happened over the past week of international football. How are teams shaping up ahead of next summer's European Championships?

Here are seven things that we learned this week.

England Have a Front Three to Rival Anyone 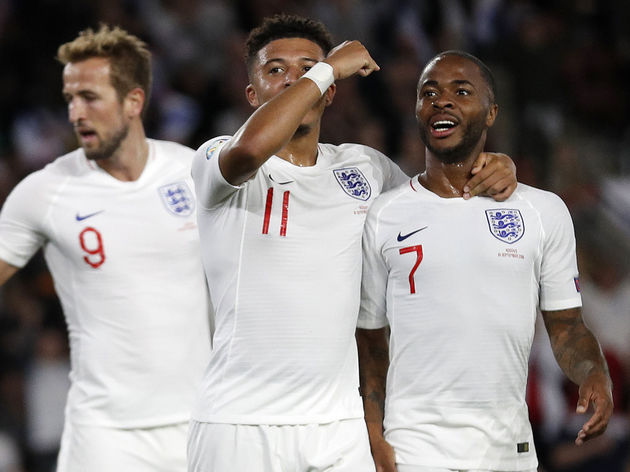 Perhaps a headline that has never been written before, and arguably that is because England were stuck in a rut of playing a rigid 4-4-2 formation for years so never even gave a front three a chance. ​

Yet now they have, and it is paying off. The trio of Raheem Sterling

Sterling was particularly impressive, scoring in both matches, whilst also providing three assists in Tuesday's game. He is now one of the most feared wingers in world football, and looks set to be a key player at Euro 2020. With Callum Hudson-Odoi closing in on a return from injury, England have strength in depth in this area, which will be giving opposition defences sleepless nights. 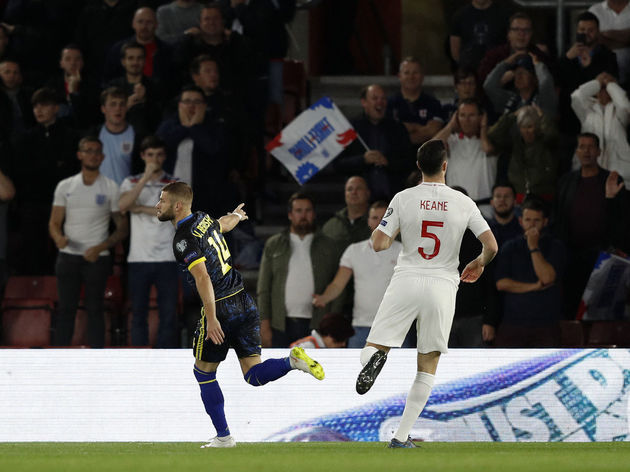 Against Bulgaria, England were able to get away with a couple of sloppy moments, keeping a clean sheet against their limited opponents. They were not so fortunate when Kosovo arrived in Southampton.

Judging by Tuesday night's defensive display, he is still looking for solutions.

England only kept one clean sheet during their run to the semi-finals of the 2018 World Cup. It is likely that they will require more than that if they are to progress further at Euro 2020. Southgate needs to find the solutions quickly, or England face more years of hurt.

Belgium are the Team to Beat On current form, Belgium are the cream of the crop in European and world football. They are the number one ranked side in the world, and rightfully so.

Successive 4-0 wins over San Marino and Scotland cemented their place at the top of their qualifying group. Their win at Hampden Park was particularly impressive, as they delivered a ruthless performance even without the influential Eden Hazard.

Kevin De Bruyne delivered a virtuoso display, showing why he is one of the best midfielders on the planet. With the abundance of talent throughout the Belgian squad, they are currently the side setting the standard that other teams will have to reach if they are to topple them next summer. When Steve Clarke took over from Alex McLeish earlier this year, it had seemed like a positive move for Scotland. McLeish had struggled during his second spell in charge of the national team, and Clarke was coming off an impressive stint with Kilmarnock.

Four games into his reign, things are already looking bleak for Clarke. Scotland slipped to dismal defeats at home to Russia and Belgium over the past week, and now look likely to miss out on a place at next year's tournament.

Like McLeish, Clarke has been unable to get any improvement from the squad, which was also the case for Gordon ​Strachan during the final stages of his tenure. Perhaps all three of them are not up to the job. Or perhaps the players need to look at themselves in the mirror to find out why the team is going backwards. They may well find the answer.

Germany Still Off the Pace If there is one thing that you learn over the years as a football fan, it is never to write off Germany. This is a nation that made the 2002 World Cup final just ten months after losing 5-1 at home to England. They also have four World Cups to their name.

Basically, they know how to win.

Yet there is no doubt that their current side is very much one that is going through a transitional period. ​Five years on from their World Cup triumph in Brazil, very few remain from that side.

They finished bottom of their Nations League group at the end of last year, and their inconsistent form has continued into 2019. Last week, they were beaten 4-2 by the Netherlands, falling apart at the back in the second half.

The team did show grit to see off Northern Ireland 2-0 on Monday and are still likely to qualify for Euro 2020. For the first time in a long time though, they look set to not be amongst the favourites. Having missed the last two major tournaments, the Netherlands needed to change their ways. They have done just that.

Under Ronald Koeman, they reached the final of the Nations League before losing to Portugal in the summer. Rather than treat that defeat as a setback, they have pushed on again and recorded an impressive away win against Germany on Friday.

They look set to return to tournament football at Euro 2020, and with Virgil van Dijk, Matthijs de Ligt and Frenkie de Jong in their ranks, they are a team to be reckoned with.

Cristiano Ronaldo Breaks Another Record and has More in his Sights It seems that Ronaldo

Those four goals means that Ronaldo is closing in on another record. He is currently on 93 international goals, moving him to within 16 of record-holder Ali Daei, who scored 109 times for Iran.

Despite being 34 years of age, Ronaldo has given no indication that he will retire anytime soon. Daei's record is in serious jeopardy.