​EA Sports ​dropped the FIFA 20 demo on Tuesday and gamers across the globe pounced on the opportunity to try out the game.

​There are a host of brand new gameplay features in the new instalment of the famous game. However, this time out, the creators of the game have also included ​Liverpool talisman ​Mohamed Salah's diving as a trait in the demo, which might just be the funniest glitch in the game till now. 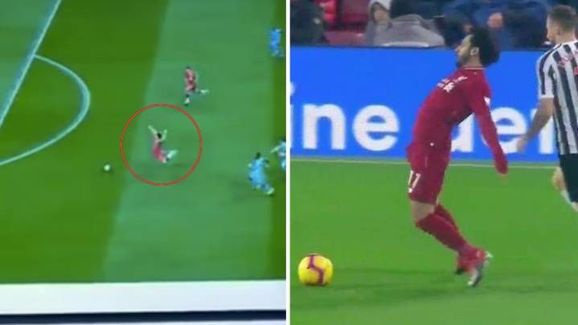 Reddit user u/SizerCosy posted footage of the Liverpool winger going to ground on the FIFA 20 demo, despite no contact from those around him. Salah goes down dramatically, arms flailing in the air, before the gamer stops the instant replay clip.

Mo Salah has a special diving trait in FIFA 20. pic.twitter.com/o7mkFryCms

The Egyptian maestro already had the following traits: Beat Offside Trap, Finesse Shot, Speed Dribbler (CPU AI Only), Chip Shot (CPU AI Only) and Backs Into Player. However, Salah has now joined Cristiano Ronaldo and Arjen Robben to have been given the diving trait on the game.

This decision by EA Sports could prove to be the reason for a lot of fights between buddies or competitors if indeed the players use Mohamed Salah's dive feature in order to gain the upper hand against their opponent team.