​Following a week in which:

​Wilf Dutton and I, have brought back our Definitive European Power Rankings series. And this year, the series is BIGGER and BETTER than EVER.

ALSO, we've not just expanded our coverage, but our DEPR Cinematic Universe too. After conquering the big screen, we felt it was time to conquer yet another medium - this time television. And to kick our television conquering off, we've brought out the big nail guns: The Wire, season four. "Where am I going again?"

On 14th February 2016, Kanye West tweeted "Ima fix Wolves", one day after the club were beaten 2-1 by Preston North End in the Championship.

Fast forward to 16th August 2019, and Wolves are one round of qualification away from the Europa League group stages and are leading contenders to break into the Premier League top six. Arsenal aren't so good yet, but with Nicolas Pepe set to enter the fray and Alexandre Lacazette nearing full fitness, Auba will have a lot of offensive help in the very near future. "And a VERY good evening to you, Officer Collichio!"

The above is how the Porto vs. Gil Vicente game went down.

The minnows were courteously welcomed into the Primeira Liga by Porto, who gave them a lot (a weird amount) of respect throughout the first 60 minutes of the game. Then, Gil Vicente promptly told Porto to go f**k themselves, pumping them 2-1. "How you expect to run with the wolves come night, when you spend all day sparring wit' the puppies?" Well no one expected Brighton to be good this year...and yet here they are, the 11th best team in the world. And that is exactly what Lyon did this past weekend.

They beat Monaco 3-0 in front of 14 people at the Stade Louis II. Nice one lads. 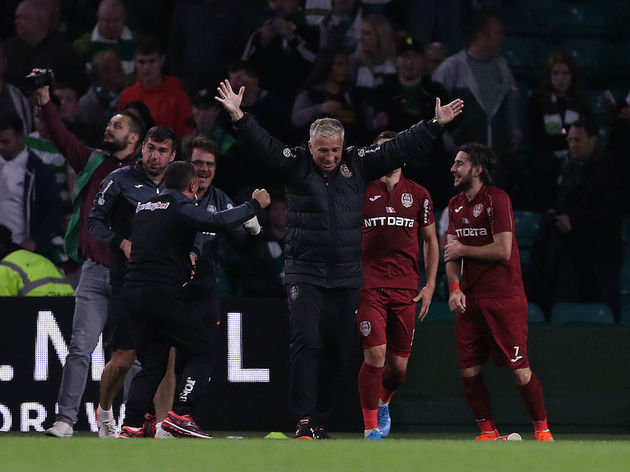 "You earned that bump like a motherf**ker, man. Keep that sh*t."

CFR Cluj earned the bump with a shocking - really, really, really shocking - 97th minute goal against Celtic at Parkhead, to seal a 4-3 win over the Scottish giants AND qualification for the play-offs.

Next up is a two-legged meeting to Slavia Praha. If they win, they get an even bigger bump: a huge 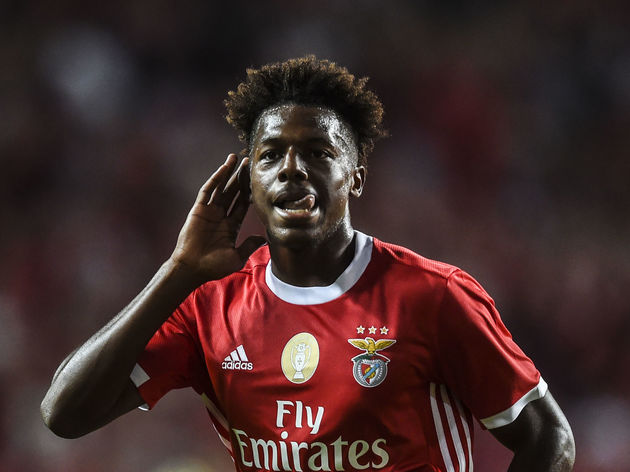 "Well, for that to happen, somebody's gotta step up."

For Benfica to get away with selling second coming, future Ballon d'Or and Tony award winning (so I've heard anyways) Joao Felix, a star had to step up.

His name is Nuno Taveres, he's ​officially the third best player in the world, and he inspired Benfica to a 5-0 win at the weekend. "Yeah. The DX460 is fully automatic, with a 27 caliber charge. Wood, concrete, steel to steel, she’ll throw a fastener into anything. And for my money, she handles recoil better than the Simpson or the P3500. You understand what I mean by recoil?"

"Not large ballistically, but for driving nails, it's enough. Any more and you’d add to the recoil."

"Aw sh*t, I seen a tiny ass .22 round nose drop a man plenty a days. Motherf**kers get up in ya like a pinball, rip your ass up. Big joints though? Most the time they just break a bone and they just say 'f**k it.' I’ma go with this right here, man."

He's not exactly a .44 Magnum - the most powerful handgun in the world - but Ashley Barnes can drop many a team on his day.

One of his days was last Saturday, when the .27 calibre charge nail gun scored two goals to earn Burnley a weirdly comfortable win over Southampton. Every single one of their players left. Literally every one. Them all.

But, you know what's great? Ajax are still Ajax. They're still pretty good, they play the game in the right way and their kit is incredible.

So to echo the wonderful words of wordsmiths Romeo and Christina Milian: ​it's all gravy. "Better to be lucky than to be good."

BUT, they did ride their luck a bit at times, particularly in the first half when Chelsea hit the woodwork twice. If those strikes from Tammy Abraham and Emerson Palmieri had been slightly - very slightly - more accurate, then it could've been a completely different.

So remember United fans: sometimes it's better to be lucky than to be good. "We study the problem, we propose solutions." "A wise man does not burn his bridges until he first knows he can part the waters."

On Saturday, Tottenham Hotspur were offered a glimpse into what the future without Christian Eriksen would hold: it wasn't pretty.

The Eriksen-less Spurs were worryingly toothless and not even remotely capable of breaking Aston Villa - Tyrone Mings' big fat head and all - down.

When he came on; the game changed. Eriksen provided the spark Spurs were crying out for, proving to his h8rs that, while you may not like the way he conducted himself over the summer, your club need to keep him at all costs. "BEST TEAM IN THE WEERRRRLLLDDD M8!"

They may be annoying, but it's quite hard to argue with Liverpool fans at the moment.

Jurgen Klopp's men are currently the best team in Europe; there's two ways about it really.

The current Champions League holders kick-started their 2019/20 season with a comfortable win over Norwich City at Anfield, before lifting the UEFA Super Cup a few days later.

Can they win all six competitions they're in this season?

But, it'll be fun to see them try.