When you think of Bournemouth, what's the first thing that comes to mind?

Is it David Brooks slaloming down the wing? Callum Wilson racing clear of the opposition defence before burying a shot past the goalkeeper? Or is it Ryan Fraser scampering past a couple of defenders before setting up a tap-in?

If it's any of the above, you're not wrong. For the most part, Bournemouth play excellent football. But, just like any football team worth their weight in peanuts, the Cherries love a set piece. So much so, in fact, that they've gone somewhat under the radar and managed 22 goals from dead ball situations since the start of last season. 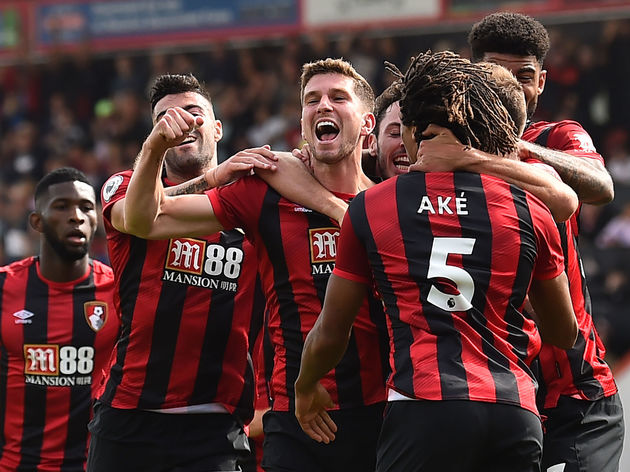 The Cherries may not be known for relying on set pieces to grab them goals but last season it was Eddie Howe's secret weapon. Only one team has a better record than Bournemouth from set plays since the start of the 2018/19 campaign and that team is none other than ​Liverpool.

The ​Champions League winners have managed to grab 30 goals from penalties, corners and free-kicks since the start of last season, mainly due to the array of set piece talent Jurgen Klopp has at his disposal.

Whether it's Virgil van Dijk's mighty leap, Trent Alexander-Arnold's exquisite deliveries or Mohamed Salah's composure from the spot, the Reds are dangerous from pretty much everywhere. Eddie Howe's Bournemouth utilised their abilities from set plays with Ryan Fraser a key man on corners and free kicks. The winger had the second most assists in the league (14) last season, with only Eden Hazard getting more. Even though a lot of them were from open play, it still proves his deliveries were vital for Bournemouth last season, with Nathan Ake and Wilson often benefitting from quality crossing.

The Cherries were also clinical from the spot, with Joshua King scoring five of his six penalties with Wilson and Stanislas adding goals from 12 yards too.

They certainly aren't a team who hoof the ball forward carelessly, but Bournemouth fans won't mind seeing their side clip the ball into the box from now on, especially if their clinical record from set pieces improves.