Wolves Drawn Against Crusaders in First Major European Fixture Since 1980

​Wolverhampton Wanderers have been drawn against Northern Irish side Crusaders in the second round qualifying of the Europa League, as they begin their first campaign in competitive European football for 39 years.

Nuno Espirito Santo's side finished an impressive seventh in their first season back in the Premier League. The club were handed their place in the Europa League when Manchester City claimed the Premier League title and the FA Cup last season, ensuring the seventh placed team qualified for European action.

The ​club's official website have confirmed that their first match back in European football will be against Northern Irish side Crusaders, who beat B36 Tórshavn from the Faroe Islands 5-2 on aggregate in the previous round.

The first leg will be held at Molineux at 7:45pm on Thursday 25 July and therefore, the Wanderers face a trip to Belfast for the reverse fixture on Thursday 1 August. The draw for the third round of the Europa League is set to be held on Monday 22 July at 1pm.

​Wolves have begun their pre-season in similar fashion to how they finished the last campaign. They ​brushed aside a Newcastle team in disarray in the semi-final of the Premier League Asia Trophy, and will now face Manchester City in the final on Saturday. 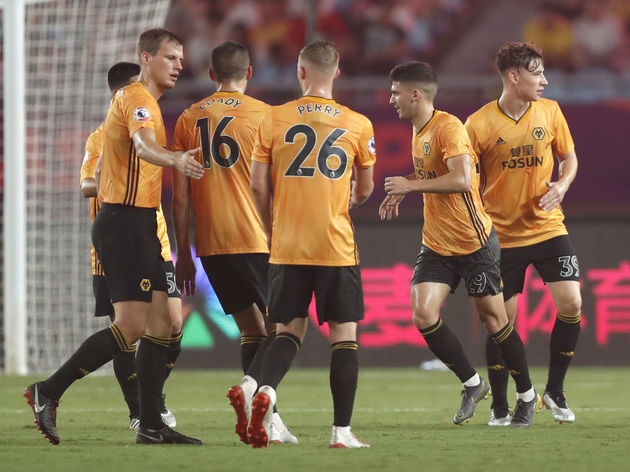 Santo's men will have to progress past the second and third qualifying rounds and then a play-off round would await them. If successful, they would reach the group stages of the Europa League, taking place in September.

The club are yet to complete any transfers, but it has been a major bonus that they have been able to keep hold of their star men.

It is set to be an exciting night at Molineux next Thursday as they welcome Crusaders, and Wolves fans will be hoping that it will be a memorable one.