​It may come as a surprise to some, but Everton are the fourth-highest spenders in the Premier League over the past four years. Fourth.

However, they may have already pulled off one of the signings of the summer transfer window that could change the club's outlook - bringing in two-time Premier League champion Fabian Delph in an £8.5m deal.

The path from Manchester to Merseyside has been trodden before, and very successfully. Will ​Delph's arrival signal an upturn in the Toffees' fortunes?

As football lovers, we were all intrigued by the Amazon Prime documentary 'All or Nothing', which provides a ground-breaking peek behind the curtain of the inner-workings of City.

The dressing-room scenes highlight the biggest insight into the role of team leaders, and Delph was undoubtedly one of the strongest personalities throughout the season. His passion, hunger and drive to win is evident, and his ruthless search for perfection within his teammates is an invaluable trait for any manager.

With his experience in big games, coupled with his winning mentality, an eery comparison can be made with another former City player, now coveted as one of ​Liverpool's best ever bargains. ​James Milner was also a 29-year-old, two-time Premier League winner when he left City for Anfield in 2015. His winning mentality gained from his time in Manchester was recognised immediately, and he was named vice-captain at the start of the 2015/16 season.

Everton club-captain Phil Jagielka has left the Toffees this summer to join his former side Sheffield United, leaving a space at the top of the pecking order to be filled by an experienced, commanding and inspiring presence.

It would come as no surprise if Delph was instantly given a leadership role within the club, to guide the younger players and provide a calming but authoritative influence in the dressing-room.

Another obvious parallel is the playing style of the two former Leeds midfielders. Both prefer a central role on the pitch, and their game revolves around hard-running, tackling and moving the ball quickly from the midfield to the attack. Whilst neither are prolific scorers, their impact on their sides' attacks are vital. 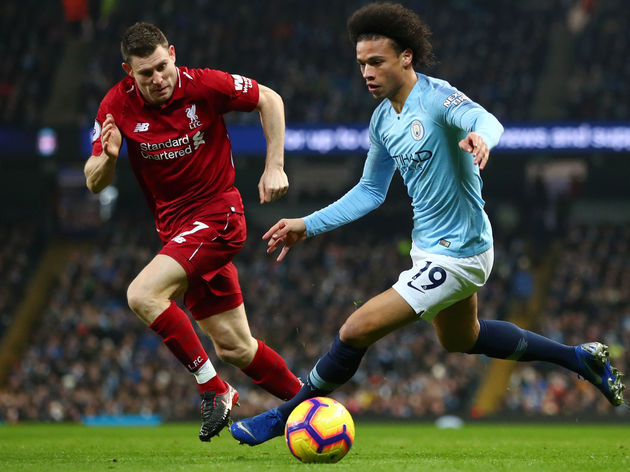 The greatest string to their bows, however, is their versatility and willingness to perform any task set to them by their managers. Milner regularly fills in at left-back for the Red's, and spent the majority of a season in that position before the arrival of Andy Robertson from Hull.

Delph is also very capable in the full-back role, and covered dutifully for the injured ​Benjamin Mendy during the record-breaking 2017/18 campaign. His on-field leadership and organisational skills

After settling for a bit-part role in Guardiola's set-up, the feeling is that Delph is determined to secure first-team football at Goodison Park this season. England manager Gareth Southgate clearly believes in the quality of the former Aston Villa captain, and Delph will be desperate to repay the faith of the Three Lions boss with a run in his preferred midfield role.

As Everton are still yet to fill the void left by centre-forward ​Romelu Lukaku, Silva may be tempted to turn to Icelandic star Gylfi Sigurdsson. The attacking midfielder could be used in a false nine role, leaving a space up for grabs in the Everton midfield.

With a trio of Idrissa Gueye, André Gomes and Delph, the Toffees have a lovely balance of t

The Merseyside club still have problem areas on the pitch however. Silva will be keen to address the gap left by Jagielka's departure and Kurt Zouma's return to ​Chelsea. But with the signing of Delph, the Portuguese boss will be safe in the knowledge that he has a player for all positions and occasions in his ranks. It's unlikely that Delph's arrival will catapult Everton to the heights that their Merseyside rivals have reached with Milner in their side, but his industry and character could help the Toffees to close the gap on the top six, and finally achieve a winning mentality.