Step away from the platform edge, the transfer train is about to roll into town, and there are some big names on board today.

Teams around the world are throwing money around like there's no tomorrow, and there is still plenty of time for more monumental switches before the window slams shut.

Here are six stories for you to keep an eye out for.

Are ​Wolverhampton Wanderers just going through Jorge Mendes' list of clients? They have brought in countless of Mendes' players, such as Ruben Neves and Raul Jimenez, and it looks like they're in pursuit of another.

The man in question is 24-year-old Lazio defender Wallace. The Brazilian hasn't impressed in Italy, but that hasn't deterred Wolves who, according to ​Il Messaggero, are close to striking a loan deal for Wallace with an option to buy him outright for €6m.

​Have they even seen him play, or are they just taking Mendes' word that he's actually alright? Mendes must not have watched much ​Serie A football last season, because Wallace hardly set the world on fire. Just the thought of spending money must give ​Newcastle United owner Mike Ashley nightmares. ​He already spent a whopping £20m on Miguel Almiron, surely fans can't want more than that?

As it turns out, ​Premier League clubs are expected to spend a bit more than that these days (who knew?), so Ashley is ready to sanction a £36m move to Hoffenheim star Joelinton. The ​Daily Mail claim that he is sick of negotiations, and just wants a new striker to present to incoming manager Steve Bruce.

Ashley just wants to make Bruce happy, which is actually kind of sweet. Unfortunately, he's probably (definitely) not going to win over the club fans, even with this spending spree. Now, you might not have noticed this, but ​Arsenal want Kieran Tierney. In fact, they are desperate to sign him, but are seemingly doing everything possible to avoid actually paying up for him.

They lodged an offer worth a total of £25m with Celtic, who weren't happy with the fact that Arsenal wanted to pay a large chunk of that in add-ons. So, the ​Daily Record claim that the Gunners have been forced to revise their offer to try and finally convince Celtic to sell, but they are not prepared to go higher than their initial offer.

Tierney himself isn't prepared to push for a move away, and he would be happy to remain with Celtic when all is said and done. Lille are believed to want Napoli's Adam Ounas as a replacement for Pepe, and ​Sky Sport Italia claim the Partenopei could use that to steal a march in the race for Pepe. Lille want around €65m for the winger, but that could be dropped down if Ounas moves in the opposite direction.

Whether Napoli could convince Pepe to join them is anyone's guess. The 24-year-old is thought to have his pick of most European giants this summer, so Lille might have to try push him towards Naples if they want Ounas in return. 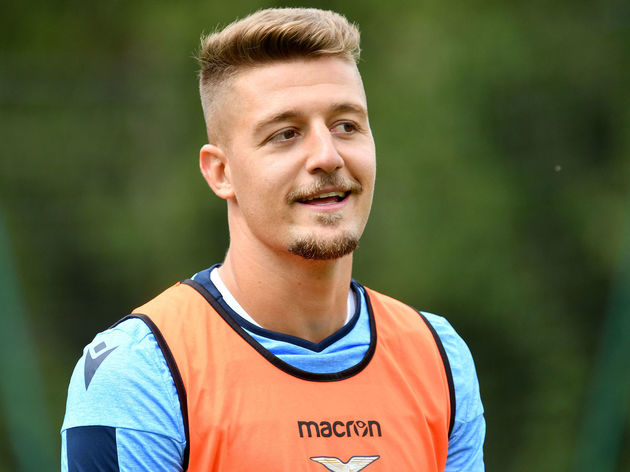 ​Manchester United's quest to sign all the midfielders in the world has led them to Lazio's Sergej Milinkovic-Savic, but signing him won't be as easy as they would have hoped for.

Corriere dello Sport (via ​Calciomercato) claim that ​Inter are looking to spoil the party with their own blockbuster offer for Milinkovic-Savic. However, before they can even think about doing that, they need to find buyers for Radja Nainggolan, Borja Valero and Joao Mario.

​French moneybags Paris Saint-Germain are also believed to be keen, so United may need to act soon if they want to get this one over the line.

Atletico to Offer Christian Eriksen Another Route to Madrid 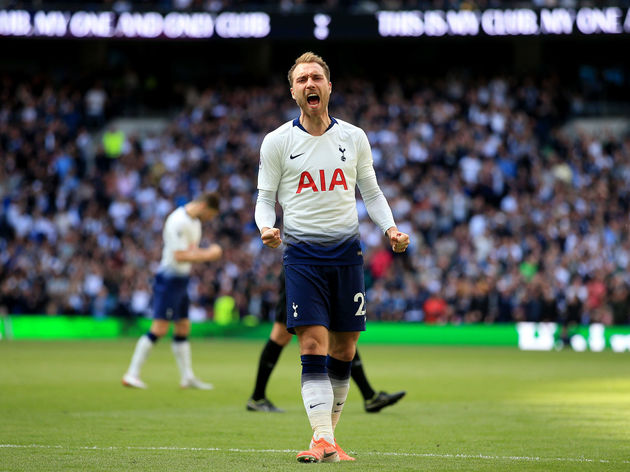 After going public with his ​desire to leave ​Tottenham Hotspur, it has been an awkward few weeks for ​Christian Eriksen. He wants a move to ​Real Madrid, but it doesn't seem like they want him.

Fortunately, if he still wants to go to Madrid, he might be able to bag himself a move to Real's cross-town rivals, ​Atletico Madrid. ​Alfredo Pedulla claims that Diego Simeone​ asked his scouts for their opinion on Eriksen, and he was delighted with the responses.

As a result, Los Rojiblancos could make a surprise push for the Dane, which could see Spurs act on their long-standing interest in Roma starlet Nicolo Zaniolo. The transfer merry-go-round is starting to spin faster and faster.

Lionel Messi Has More Power at Barcelona Than the No-Name Coaches They Appoint - Report
Barcelona Have Banned Players From Going in Hard on Lionel Messi in Training, Claims Todibo
Frenkie de Jong Compares Setien and Valverde; Says Tactics Have Not Changed Much
5 strikers Who Can be Luis Suarez's Long Term Replacements at Barcelona
Neymar is Reportedly Checking up on New Barcelona Boss Quique Setien As He Ponders Return in Summer