Africa Cup of Nations: 6 Standout Stars Who Deserve a Move to the Premier League

​After Sunday's stunning conclusion of the 2019 African Cup of Nations semi-finals, it only leaves us with two matches to play before the end of a wonderfully entertaining tournament.

While Premier League stars Sadio Mane and Riyad Mahrez meet in the final between Senegal and Algeria, we take a look at some of the other standout stars from the tournament who don't currently ply their trade in England's top tier.

With some faces more recognisable than others, here are six standout stars from 2019's AFCON, deserving of a move to join Mahrez and co. in the Premier League.

Bennacer has remained one of Algeria's most impressive players throughout the tournament. Pulling the strings in the centre of midfield, he has helped knit the team's play together while offering drive from deeper areas. Arsenal fans may recognise the name after he was on the club's books from 2015 to 2017.

Currently at newly-relegated Empoli, he has impressed for the Tuscan club, with a move to AC Milan looking all the more likely. It's a shame really, the 21-year-old would make an apt replacement for the departed Aaron Ramsey at Arsenal. Chukwueze has not shown the consistency that Bennacer has, but due to his prodigal, explosive talent, the young man would represent a good buy for many Premier League clubs. At 20 years old, he stands with the world at his feet.

He has already made over 25 appearances for Villarreal so far in his career, and at the AFCON he has made five appearances with three starts and two off the bench. His man of the match display against South Africa in the quarter finals is where he particularly caught the eye, scoring the opening goal in Nigeria's dramatic win, receiving a lot of attention from watchers outside Africa.

It is unlikely that the club would need him after last years purchases of Richarlison and Bernard, but a club like Everton would be a good fit for the exciting winger. While Mahrez has been terrorising defences down the right hand side of Algeria's attack, lesser-known Belaïli has been just as crucial to Algeria's success in the tournament on the left. Linking up play superbly with target-man Baghdad Bounedjah, joining midfield and attack, Belaïli has grabbed two goals already so far.

His direct running and intricate passing looks of a higher level than the Tunisian League Profesionnelle 1 he plays in, and much more at home with some of the Premier League stars he's recently been sharing a pitch with.

Plucking him from current club Espérance should not be as hard as grabbing talent in Europe, playing like an inside-forward somewhere like Brighton could be a great fit. 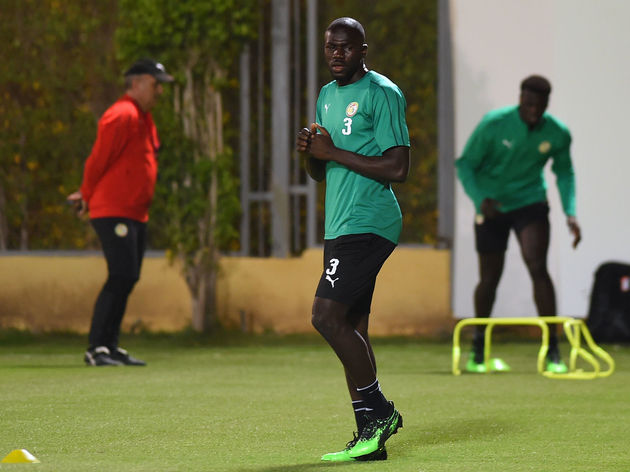 ​Without attempting to sound like Captain Obvious here, Kalidou Koulibaly is deserving of a move to the Premier League. The man-mountain has gone through transfer windows linked with every top club under the sun, and not without merit.

Continuing his impressive form over the last two years, Koulibaly has been as solid as ever in this years AFCON. Helping to make crucial tackles and repelling everything in the air, Koulibaly has arguably been the tournament's top defender.

If it weren't for a certain transfer ban, Koulibaly would be a great fit at Chelsea. But a club who can break the bank to get him, and where the player would be in keeping with the manager's style of play, Manchester City would be no bad move for the Senegalese. Unlikely to happen this window but if Stones fails to make the grade over the next season, maybe in a year's time? ​​Mahmoud Hassan may well be known to you as Trézéguet. Despite an early shock exit to South Africa in the round of 16, Trezeguet has been one of the standout players of the competition.

After kicking things off with the tournament's first goal in stunning fashion, he continued to be a constant threat for Egypt down the left hand side. Rather unsurprisingly, after the group stage Trezeguet was the tournament's top dribbler, with his pace and close control his most eye-catching assets.

Reports are consistently linking him with ever-busy Aston Villa, though a move to a club like Southampton where his trickery is much needed would be just as wise. 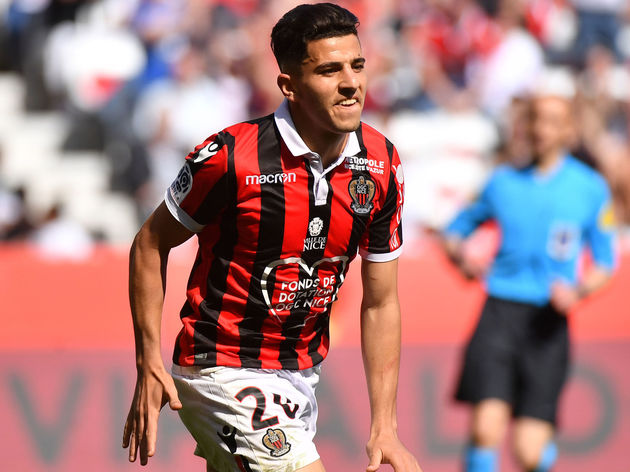 ​In truth, there are many more Algerian players that could have been picked for this list, but Youcef Atal gets the nod for his energetic and skilful displays at right back. Currently at Nice, Atal has filled into Ricardo Pereira's shoes at club level extremely well. Able to operate at right midfield and right back, just like Pereira, his attacking threat has been a huge outlet for Algeria throughout the competition.

There has been whispers previously of a move to Tottenham for Atal. Given how Pochettino likes his full backs, Atal fits the mould perfectly with a great engine, good pace and threat further forward. Unfortunately for Algeria, Atal's tournament is over after injury ruled him out on Saturday.