​Stoke City have confirmed the signing of five new players ahead of the new Championship season, including former Manchester United midfielder Nick Powell.

The Potters were able to sign four of the new players on free transfers after their contracts elsewhere expired, while they'll pay an initial £2m to bring Barnsley centre-back Liam Lindsay to the club.

Announced in a social media video on Tuesday, Stoke City confirmed that Lindsay would be joined next season by his former Barnsley teammate Adam Davies, while Powell, Millwall striker Lee Gregory and QPR's Jordan Cousins are also arriving this summer. 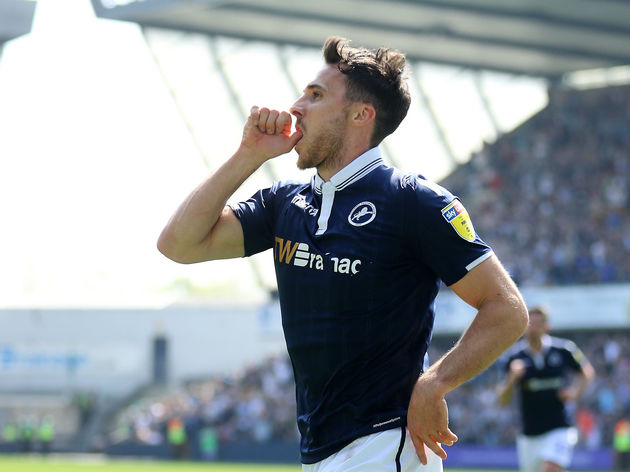 All five players will be introduced to their new teammates on Wednesday.

"I’m really pleased that we have managed to make these five signings. It has been an ongoing process for three to four months and I’d like to thank the Club because they have backed my judgement," manager Nathan Jones said, quoted by the club's official website.

"These players are signings that I think are going to be key for us in terms of enhancing the environment and improving results.

"I’m delighted to get these guys in as early as we have done, although we still have a little bit of work to do."

Stoke finished in 16th place in the Championship last season, missing out on automatic promotion by 34 points, while they were also 18 points away from reaching the play-off places.

The club only avoided following in Sunderland's footsteps of achieving back-to-back relegation by 15 points, with their efficiency in the final third proving to be a major flaw after scoring fewer goals than relegated Rotherham United.