7 Monster Performers Who Will Decide the Champions League Final

The Champions League final is fast approaching, and as football fans all over the world The Brazilian forward stumbles into battle recovering from a muscle strain that has sidelined him for Liverpool's last three matches.​

Not the best of signs for the Reds, who will want their full attacking triumvirate to be at peak condition to bombard the gates of Tottenham throughout the encounter.

But time is on Firmino's side, and though he's had a moderate season by his standards (16 goals and eight assists in 47 games), the forward is adept at coming up with a big goal when his side need it most. In fact, Firmino might be Liverpool's best weapon against Spurs - he scored in both league games against the Londoners this season. Co-winner of the Golden Boot in the Premier League this season, Mane has scored a goal every three games in the Champions League this campaign.

In total he's grabbed 26 to go along with five assists in all competitions this term, and Tottenham will likely be analyzing the footage of his battle with Bayern in the heart of Bavaria, when his two strikes crushed Die Roten and proved just how dangerous he can be.​ Absent for Tottenham's first leg defeat to Ajax, but very much present for the return battle in Holland, Son is a double-headed monster - a man who can score as easily as he can assist, represented by his 20 goals and ten assists in all competitions this season.

Spurs are a different team without him - but with him in their ranks for this battle, the Lilywhites will be a force to be reckoned with in attack. ​The man - or monster - who will be charged with stopping the Tottenham onslaught is the Dutch giant himself: Virgil van Dijk.

He has been the rock of ​Liverpool's defence this campaign, as the Reds only let 22 strikes breach their defences (the best record in the league). No doubt his performance in Madrid will determine whether Liverpool claim the trophy or settle for runners-up once again. Blighted by injury this season, Tottenham's most powerful weapon may yet be fit enough to strap on his armour when the time comes.

He might be rusty, and sure, he could run the risk of getting hurt again - but there's no question that all it takes for this particular beast to strike is one sniff of the goal. After that, the monster has the scent, and more often than not, he will finish.

In limited playing time this season (39 games), Kane has scored 24 goals and added six assists. He might not start, but Mauricio Pochettino will certainly look to this deadly assassin when the time is right. 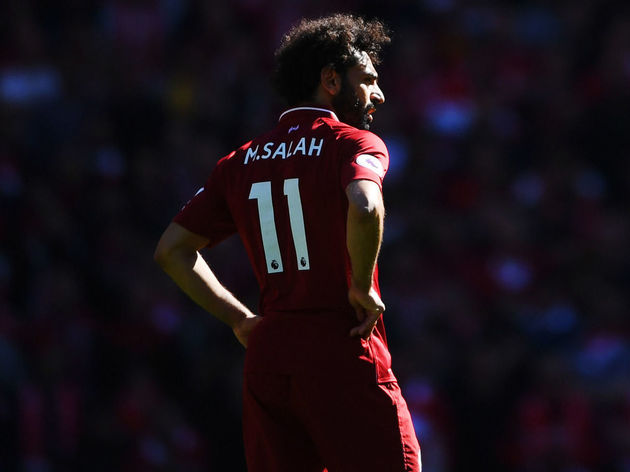 The final piece of the Reds' attacking triumvirate, and the monster with perhaps the most to prove after he was shackled and controversially thrown to the pits by He Who Must Not Be Named in last year's Champions League final.

But the Egyptian recovered from his wounds, shook off the naysayers who claimed he was a one-season wonder, and was again the Premier League's Golden Boot winner again this season (well, sort of).