​​Watford midfielder Etienne Capoue has called on Watford fans to give the side incredible support when they face ​Manchester City on Saturday in the club's first FA Cup final since 1984.

The French midfielder has been vital for the Hornets this season and has claimed the support was fundamental in the team's dramatic victory over ​Wolves in the FA Cup semi final back in April.

Now, Capoue has insisted Watford will need the same support on Saturday if his team are to pull off a historic underdog cup win. "We need the 12th man, that's it," Capoue said, as quoted by the ​Watford Observer, who was seen rallying the supporters in their semi final.

"I’m going to feel it during the day and it will be the biggest game in my career." 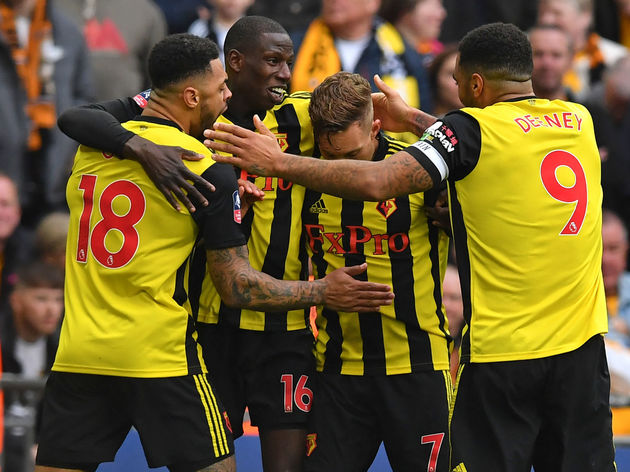 He added: "Everyone says we have zero chances so we’re going to take it.

"It’s good for us. Nobody expects us to win, so we are working on our side very quietly and we’re going to give 200 per cent because we’ve got a chance. "Everyone says Manchester City’s the top team; everyone thinks City are going to win easily so we’re going to try to beat them and to stay focused for 90 minutes. That’s most important for us."