United started on the front foot but it was the visitors who stunned Old Trafford as they were awarded a penalty after Diogo Dalot fouled Nathaniel Mendez-Laing inside the area. The Cardiff forward stepped up to fire home from the spot and give the Bluebirds a shock lead.

The hosts continued to search for a way back into the game for the remainder of the game, but a lack of real creativity and some poor finishing allowed Cardiff to see through a famous victory. 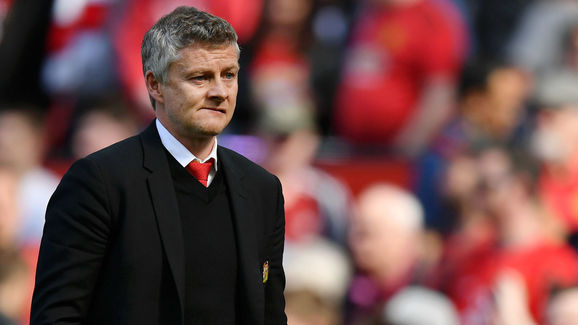 ​United are enduring a tough end to the season which has seen the Red Devils' decision to appoint Ole Gunnar Solskjaer as manager on a permanent basis called into question in recent weeks, and Sunday's performance did little to calm the fire.

The hosts enjoyed plenty of possession, as is typically expected of United at Old Trafford, but Solskjaer's side lacked any real conviction in their passing, with very little cutting edge to make the difference in attack.

It spoke volumes that young star Mason Greenwood was United's most consistent threat going forward, after becoming the youngest player to start a Premier League game for the club with his first senior start in a United shirt, with Anthony Martial among the star names on the bench.

Solskjaer's search for greater application and desire from his side has seen him turn to the younger crop of players, with Angel Gomes and James Garner also named on the bench. With Paul Pogba and co still struggling to perform, United have a huge summer ahead of them.

STAR MAN - As United's big-name stars continued in struggling to perform with the expected levels of quality, it was Mason Greenwood who caught the eye as he made his first start for Ole Gunnar Solskjaer's side, becoming the youngest player to start for United in the Premier League.

17 – Mason Greenwood (17y 223d) is the youngest ever player to start a Premier League game for @ManUtd. Future. #MUNCAR pic.twitter.com/ERV3K4lbmo

The 17-year-old was lively from the outset and looked United's most likely route to goal, and was unlucky to see a strong effort palmed onto the post by Neil Etheridge early on before going close again later in the first half. 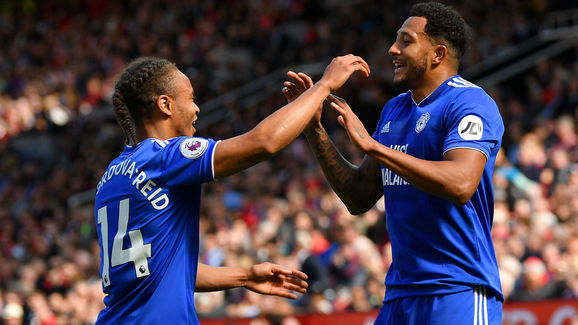 Cardiff may have had their relegation from the Premier League confirmed well ahead of the final day of the season, but Neil Warnock's side are certainly not going down without a fight.

It was ironic that the Bluebirds took the lead courtesy of a dubious penalty decision, given the high-profile complaints from Neil Warnock over big decisions going against his side this season, but the fortune was a product of Cardiff's positive attitude and a will to play their part.

Ole's getting sacked in the morning, sing the Cardiff fans.

They also called him a "shit Neil Warnock" earlier...

The visitors survived United's positive start to the game with some degree of luck on their side in defence, but Cardiff deserve credit for making a game of it at Old Trafford and ensuring that they bow out of the Premier League with a strong showing at one of the division's iconic grounds.

Cardiff had some poor defending from United to thank for their goals, but Nathaniel Mendez-Laing in particular was instrumental in punishing the hosts and capping a memorable performance for the Bluebirds.

STAR MAN - Nathaniel Mendez-Laing is unlikely to score an easier brace in his career, but the Cardiff forward deserves great credit for having the nerve to take the game to United at Old Trafford with two strikes to put the hosts to the sword. Mendez-Laing won his side the early penalty which he duly converted with great composure, and showed strong desire and good positioning to arrive in the box to tuck home Cardiff's second.

Following the completion of their competitive campaign, United will next be in action under Solskjaer when the Red Devils take on Perth Glory in a pre-season friendly clash in July.​