​The EFL have released a statement confirming that Bolton Wanderers must play their two remaining Sky Bet Championship fixtures.

Bolton's scheduled game against Brentford this weekend has been postponed, with the club's players refusing to play the remainder of their games after failing to receive their wages for March. 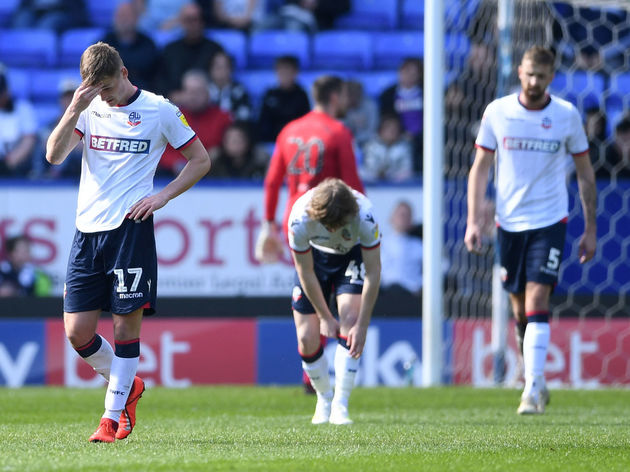 The financial difficulties the club have fallen into this season ​have been well documented, but the EFL are adamant the club will play their remaining two league games against Brentford and Nottingham Forest.

In a statement released by the ​EFL, they've said: "

"The club has been instructed to now make the appropriate arrangements for the rearrangement of Saturday’s game at the earliest opportunity.

"In issuing this directive, the Board is aware that a number of the Clubs’ Professional Players may not make themselves available but is satisfied that a team can be selected from the players they have registered and available to them.

"The EFL would have forced the Club to play this weekend’s fixture had the under-18 team not been involved in a game on Thursday and the potential player welfare issues this could have created for the Club in the longer term. This same issue will not reoccur as the Club is able to plan the players’ preparation and recovery time accordingly.

"We deeply regret having to make the decision to suspend Saturday’s game and apologise for the inconvenience this will cause for all those involved, particularly the supporters of both Bolton Wanderers and Brentford. "As stated yesterday, as a result of Bolton Wanderers not meeting its fixture obligations as per EFL Regulations, the Club will now be charged with misconduct and be referred to an Independent Disciplinary Commission.

"Finally, the current ownership difficulties at the Club remain a significant concern for the EFL and we will look to work with both parties over the next week to bring all outstanding matters to a speedy conclusion. It should be recognised that the resolution is not in our hands but we will assist where possible, with the long term interests of Bolton Wanderers and its supporters, our priority." ​Bolton's relegation from the ​Championship has already been confirmed, with the Wanderers 23rd in the table, although instances such as this could have consequences next season.