​Bolton Wanderers players have announced that they have gone on strike and will refuse to play the remainder of their games this season following a long-running dispute over unpaid wages.

The financially stricken club have endured a difficult season both on and off the pitch, and are now seemingly facing a greater sense of turmoil ahead of their clash with Brentford on Saturday. In a statement issued on behalf of ​Bolton's entire first-team squad, it read (as quoted by ​The Sun): "The long running financial crisis at our club has been well documented. As has the fact that we, the playing staff have yet to receive our March salaries.

"Five of our coaching staff are also yet to be paid for March. We have endeavoured to continue our training and playing commitments during this extremely difficult time, with seemingly no resolution in sight.

"We thought that the prospective takeover of the club would provide a solution, but difficulties in its completion has left us no further forward. 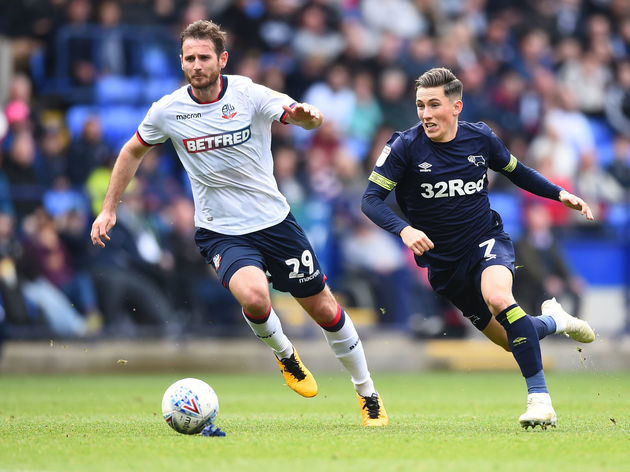 "This situation is creating mounting mental, emotional and financial burdens for people through no fault of their own.

"The mental pressure has affected some people to the extent that they feel they are unable to perform their jobs sufficiently."

It added: "These are unprecedented circumstances and are affecting every aspect of our lives, placing great strain on ourselves and our families.

Bolton players left with no alternative. It’s simply unacceptable that in any profession you are not paid. #bwfc https://t.co/YDrYeu5mAr

"During this time we have remained patient in hope of some explanation but information from the club has been extremely limited and very confusing. What we have been told changes constantly.

"With deep regret we have decided not to fulfil our remaining fixtures unless we are paid. We understand that this will disappoint our fans and for this we sincerely apologise. We realise this may be seen as drastic action but we feel we have no other options left.

"This decision has not been taken lightly and is not a reaction to this one particular incident. We have suffered numerous issues this season, and recent season. Brought on by the mismanagement of this club.

'The ground staff, the ticket staff; they're the fabric of the club'

Former #BWFC player and manager, Owen Coyle, worries for staff who haven't been paid during the club's financial crisis.

Bolton players have gone on strike due to unpaid wages.

"We have been operating in a near untenable environment for some time and it is the accumulation of these issues that have resulted in our decision."

The ​Championship side currently find themselves second-bottom in the table with their relegation to League One already confirmed, and face Brentford and Nottingham Forest in their final two games of the season.