Ranveer, however, wasn't done yet as he replied again and said, "EK NUMBER, LALA @M10_official". 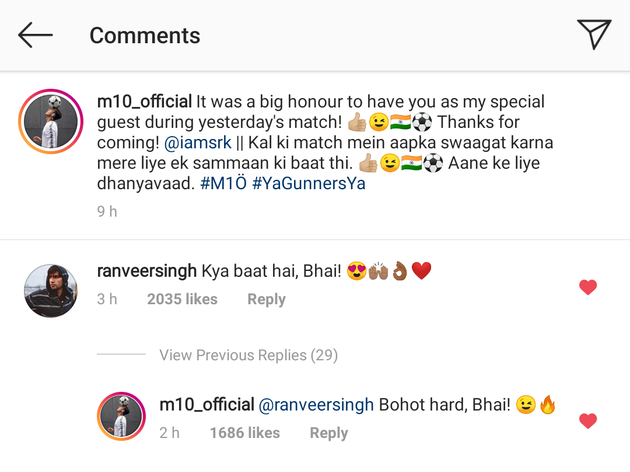 Well, we have to say that Ozil's strong social media game is definitely pleasing Indian audiences.

SRK too posted the photo on his twitter handle as below: