Phil Jones has revealed that his friends mercilessly 'banter' him by sending frequent pictures of the amusing faces he has been captured making during his time with Manchester United.

Since joining the Red Devils in 2009, Jones has made over 200 appearances in all competitions, winning the Premier League, FA Cup, League Cup and Europa League winner's medals in the process. However, ​Jones is more commonly known for the quite incredible faces he is able to pull whilst he's in the middle of a last ditch tackle or defensive header. In fact, Jones' face has transcended into the realm of internet folklore and practically every tweet about him features a previous mugshot.

United  has now admitted that his friends are starting to get in on the act and are all too happy to send him pictures of his own face. On a more serious note, Jones went on to discuss the fact that he no longer listens to the criticism he faces on a regular basis, particularly after he signed a contract extension to keep him at the club until 2023. 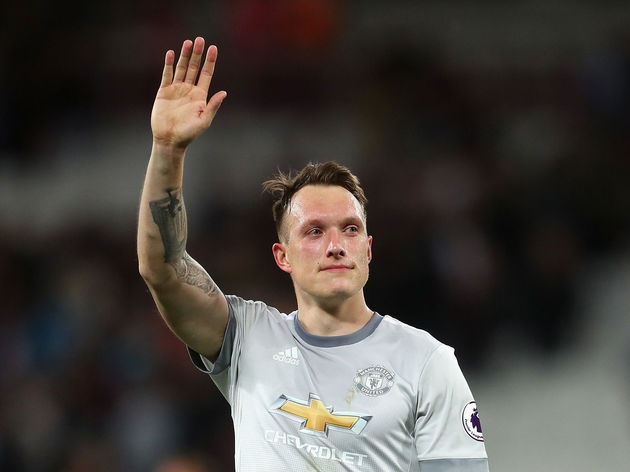 "People can make their own opinions up, ultimately I’ve got another contract at United.

"I’ve been here for eight or nine years now and I’ve won the Premier League, been to two World Cups, been to a Euros, played in the Champions League, won the Europa League, the FA Cup, so people can talk but ultimately they’re the stats and that’s what I’ve done.”