7 of the Closest Title Battles of All Time

Sure, there's something very impressive about a side romping their way to the league title, smashing all in their path aside and cruising to glory with a number of weeks to spare - just look at Serie A's Juventus and Paris Saint-Germain this season.

But in truth, what we all really want to see is a thrilling, rollercoaster ride of a title race, with a host of sides jostling for the honour of being named the best side in the division. ​And over the years, there's been a fair share of these, with victory being all the sweeter for those sides who emerged as champions.

Here's a list seven of the closest title battles in recent times, including Alkmaar lost their bottle, getting beaten 3-2 by league strugglers Excelsior Rotterdam. Ajax pulled off a 2-0 win at Willem II, meaning that PSV needed to win by at least four goals against Vitesse Arnhem to be crowned champions.

Well, they only went and pulled it off! A Jefferson Farfán brace sent them on their way to a glorious 5-1 win, as Ronald Koeman's side won the league on goal difference. You'd be hard pushed to find a more bitter rivalry than than of the Old Firm, with the two Glasgow sides notorious for their deep-seated, mutual distaste for each other.

Back in 2005, long before Rangers were plummeted into the depths of Scottish football after going into administration, the SPL title race went right to the wire, with both the Gers and Celtic needing to better the other's result to emerge victorious.

In an exhilarating final day of the season, Rangers edged to a 1-0 win over Hibernian, while Celtic blew a 1-0 lead against Motherwell to eventually lose 2-1 to their lowly opposition. There was a spellbinding time in Ligue 1 that saw six different teams win the competition in as many years.

Arguably the most memorable of these seasons was 2011/12, when Montpellier pulled off a dramatic title win to defeat their 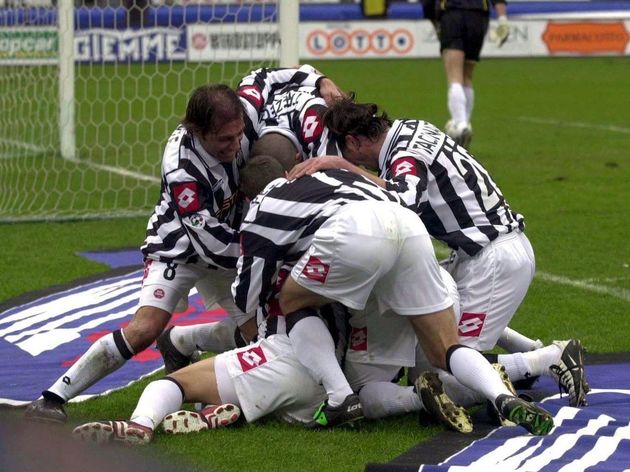 In a golden era of Italian football, there was a humdinger of a three-pronged title battle between ​Serie A powerhouses ​Juventus, Roma, and ​Inter.

Heading into the final match day, the advantage was with the San Siro side, who were one point clear of Juve and two ahead of Roma.

Inter did the unthinkable, and lost 4-2 to Lazio at the Stadio Olimpico, while Roma edged past Torino in a 1-0 win. Juventus - armed with breakthrough stars like Gianluigi Buffon and David Trezeguet - emerged victorious, capitalising on I That ludicrous twelve-horse race you've been waiting for? Here it is!

Yes, in 2017, as Chile's Toreno Clausura (the second part of their domestic season; it's complicated, don't ask) wound down to its final three weeks, twelve sides were in the running to win the title. Imagine that!

In the end, it was Universidad de Chile who emerged victorious from the scrum, winning the competition and booking their place in the ​La Liga has, perhaps fairly, garnered a reputation of being a two team league in recent years. And in fairness, this is perhaps warranted, with either ​Barcelona or ​Real Madrid winning the competition 13 times across the last 15 seasons.

Refreshingly, the 2013/14 season really broke the mould, as ​Atlético Madrid had the chance to win the title against Barcelona at the Camp Nou on the final day. All Los Colchoneros needed was a draw, and a nail-biting thriller saw millions across the world tune in for the drama.

Diego Simeone's side emerged champions, with their famously resolute defence living up to their reputation and grinding out a 1-1 draw. Cue pandemonium in the away end! 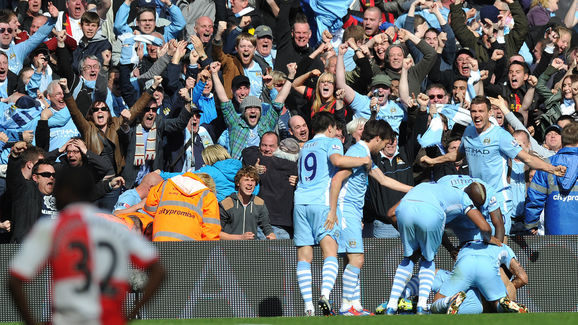 Arguably the most dramatic title battle of all time, culminating in the iconic "Agueeeerrrroooooooooooo!!!" commentary, ​Manchester City's ​Premier League title win at the expense of ​Manchester United will take some beating.

Again, on the final day of the season, City needed just to equal United's result to win their first league title 1968. United, away at Sunderland, ground out a 1-0 win thanks to Wayne Rooney's goal.

It was a rather more dramatic affair at the Etihad Stadium, where Queens Park Rangers somehow took a 2-1 lead in the 68th minute despite being down to ten men. With 90 minutes up, City finally pulled level in stoppage time via Eden Džeko, before Agüero(ooooo) wrote himself into the history books by scoring with the last kick of the game.

This article is brought to you by Alita, in cinemas soon. Check out the trailer below: