Despite failing to challenge for the title in recent seasons, Manchester United remain top of the Premier League 'Festive Table' after cumulatively gaining 201 points from games played over the Christmas period in the top flight in the post-1992 era.

The table counts all games played in the Premier League between 20th December and 3rd January of each season, with United winning 60 of 90 games and losing just nine. Last season alone, the team won all four festive games under then caretaker boss Ole Gunnar Solskjaer. Scheduling has seen Arsenal actually play three more 'festive' games but are 17 points behind. Liverpool have 179 'festive' points from 90 games, while Chelsea have 174 from 91 games.

Having only recently established themselves as a consistently top Premier League club, Tottenham are a little ways back on 159 points from 90 games. Everton are the only other side that have been in the Premier League every season and they have taken 113 'festive' points.

Manchester City, who surprisingly lost back-to-back games over Christmas 2018, have played fewer 'festive' fixtures than their 'Big Six' rivals as a result of their yo-yo existence in the late 1990s and early 2000s. They have won 36 of 76 'festive' games, taking 127 points.

Blackburn are something of a surprise package in this Christmas table. The 1994/95 champions haven't been in the top flight since relegation in 2012 and have therefore only played 58 'festive' games in the Premier League, yet they are the only other team to have taken at least 100 points. 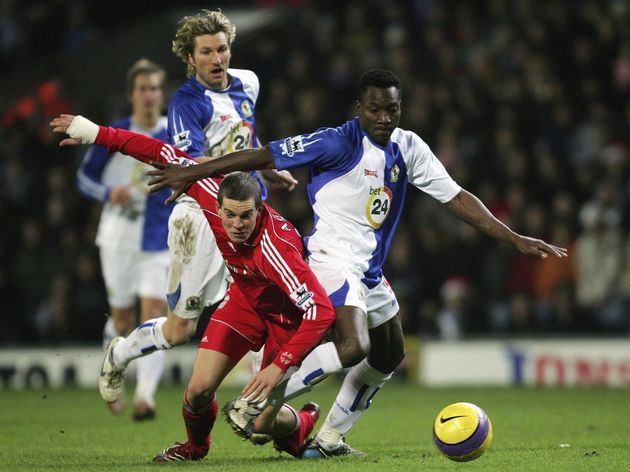 Rovers are therefore ahead of Aston Villa, Newcastle, West Ham and Southampton, all of whom have spent more seasons in the top flight in the Premier League era and have played more 'festive' games. Blackburn have played 22 fewer games than Villa, for example, but have seven points more.

Other notable 'festive' achievers include Charlton and Coventry, who have played 29 and 26 Premier League games during the period respectively. Despite so few relative fixtures, their records are comparable with West Brom, Fulham and Leeds, clubs who have played at least 40.

Leicester's Premier League record around Christmas is something the currently high flying foxes will be keen to keep changing. They won three of the four 'festive' games they played last season, including against Manchester City and Chelsea, but had only won five in 38 previously.

Middlesbrough have been major 'festive' underachievers in the Premier League, winning only nine of 45 games at this time of year and with a -31 goal difference, while Norwich have won six of 29. Watford have also never fared especially well at Christmas, winning four in 21 attempts. There are only three clubs in Premier League history who have never won a 'festive' game. They are Huddersfield, Swindon and Oldham. Cardiff were also formerly a member of that club, but the Bluebirds recorded their first Christmas Premier League win against Leicester last season.

Oldham were in the Premier League for the first two seasons back in the early 1990s, although they only played 'festive' games in 1993/94 as their last game before Christmas in 1992 was played on the 19th December and they didn't play again in the league until 9th January because of postponements.