​Sunderland striker Wahbi Khazri has made a come-and-get-me plea to Premier League clubs, stressing that he would like to continue playing in England.

Khazri joined ​Sunderland from Bordeaux for nearly £12m in 2016, but aside from occasional moments of brilliance he has not realised his potential at the Stadium of Light, scoring just three goals in over 40 appearances for the Black Cats.

He rediscovered his goalscoring touch last season when he returned to France on loan with Rennes, scoring 11 times in all competitions. 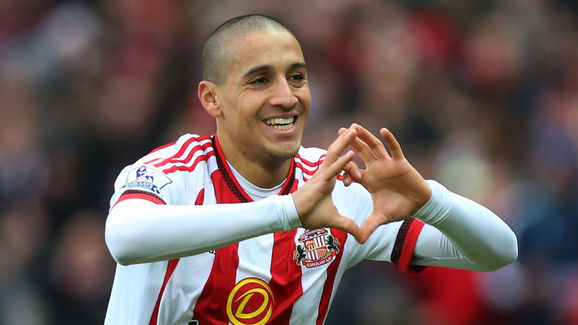 But the Tunisia international wants a second chance in England - though not at Sunderland, who are now in the third tier of English football for the first time since 1987/88.

"It's not easy for a Tunisian to play in the ​Premier League, so I feel privileged because of the opportunity I've had," Khazri said, as quoted by the ​Daily Mail.

"Now I am focused only on the World Cup, but I would like to continue playing in English football if I can.

"We'll see. I will be open to all ideas and listen to everything."

A combination of his poor goalscoring record and high wages means that Sunderland will be happy to sell Khazri, but they may struggle to find a Premier League suitor.

Khazri is the top scorer in the Tunisia World Cup squad but his goal against Belgium on Saturday couldn't prevent the Eagles of Carthage from slipping to a ​5-2 defeat.